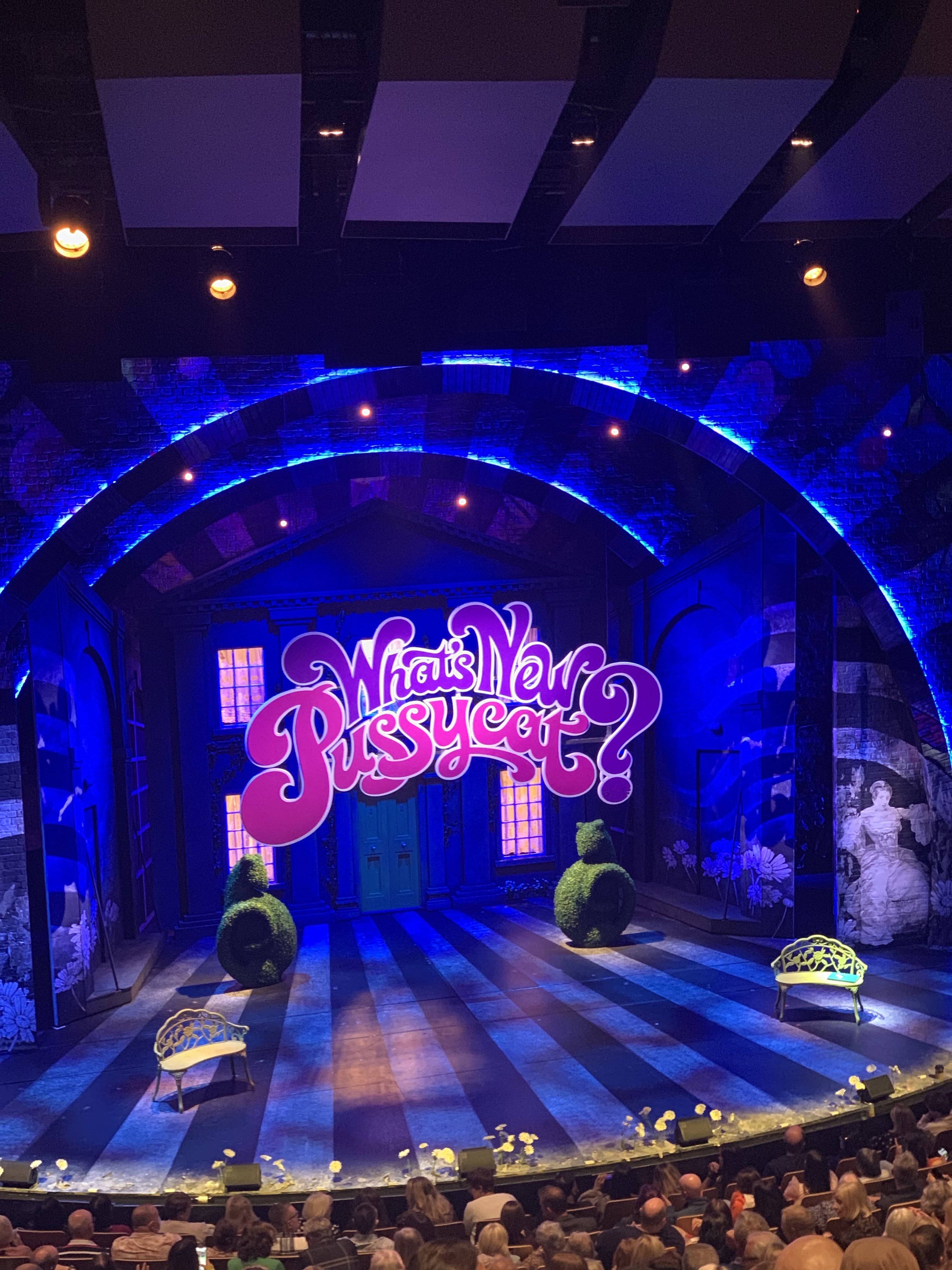 I have waited so long to be back in the audience of a live show. Iâ€™ve been a lifelong fan of the theatre and have a memory box full of programmes from performances I have seen, so when The Rep got in touch and asked me to come along to a preview showing of â€œwhatâ€™s new pussycatâ€ I was delighted.

Picture the scene: itâ€™s 1965 and London is swinging. Tom Jones our protagonist arrives from Somerset trying to prove himself in order to woo the love of his life Mary. He arrives in Carnaby Street and quickly becomes part of the scene and then Mary arrives, not looking for him but ready to establish herself as the next big fashion designer – cleverly modelled on Mary Quant.

This love story, interwoven with hysterical plot lines which had the audience laughing out loud is interwoven beautifully with the music and lyrics of Tom Jones. written by Tony Award winning Joe Di Pietro, I am awed by how seamlessly the plot worked with the songs. My favourite moments were seeing how some of the most famed tunes such as â€œDelilahâ€ and â€œLeave your hat onâ€ were performed in â€œuniqueâ€ ways which will have you wiping away tears of laughter

During the performance there were so many fun moments, all set in a time of tumultuous change. We can laugh now at genders roles being reversed, and thereâ€™s a running theme of female empowerment and the smashing of the patriarchy which is a theme still so relevant to all of us – the rapturous audience applause this evening given in support of one of the characters coming out of the closet was something really special.

Did I mention that the show is choreographed by the one and only Arlene Phillips? The talent of the entire cast was showcased with many different solo opportunities and seamless transitions between sets which cleverly paid attention to detail. From the costumes and props to the backdrops, there were so many hidden treasures to spot throughout for the pop culture and fashion of this era. I didnâ€™t realise how much of a fan of the sixties I was.

I highly recommend booking to see this show – tickets start from Â£17.50 and are available to order online now for performances up until 14th November

The Rep is undergoing a refurbishment of the foyer area so allow a little extra time for your arrival. Interval drinks can also be pre-ordered.