Home » The Story of Us » Kooky Critters Playful Bailey Review 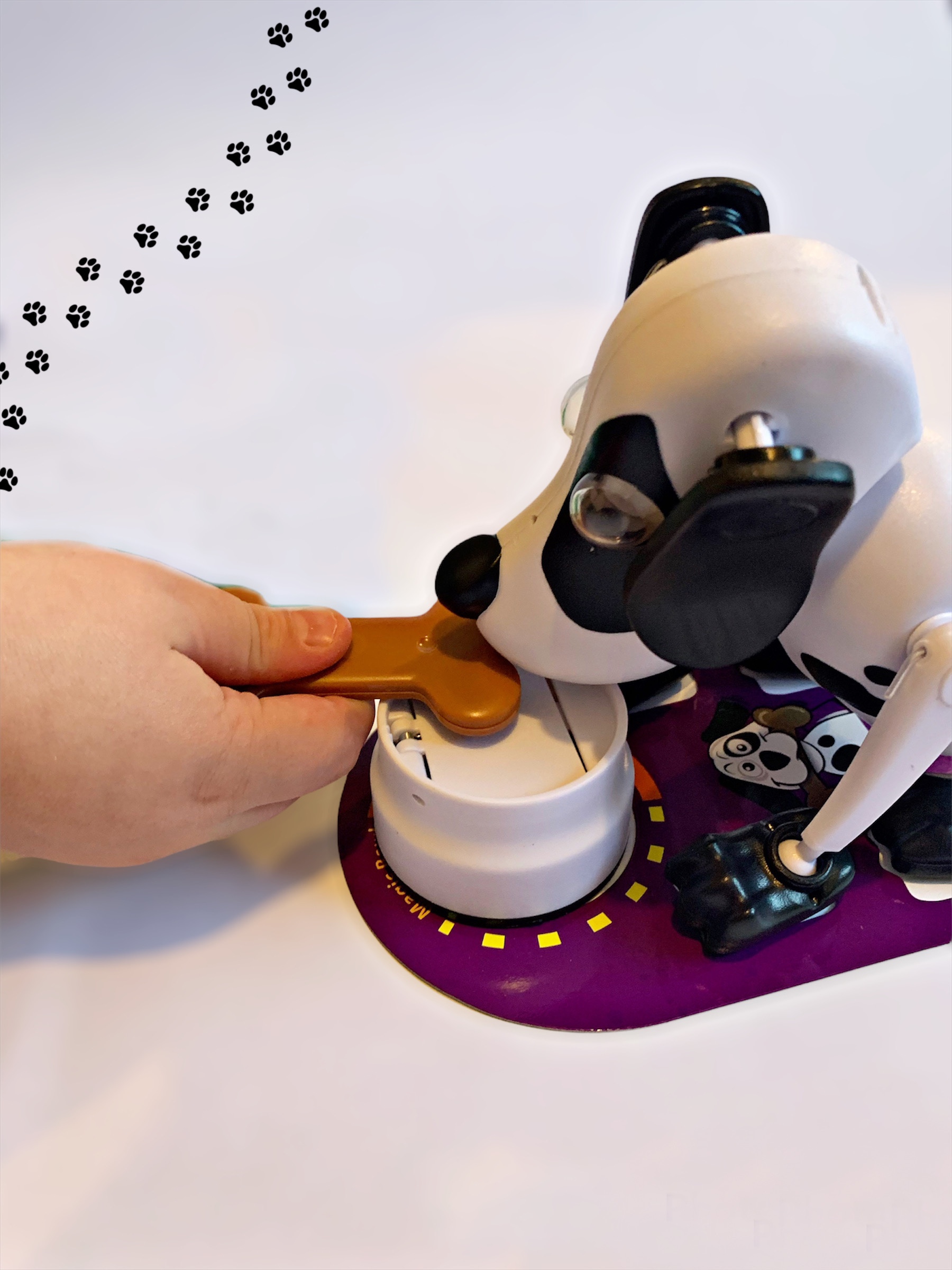 As some of you may know we have all sorts of pets in our household including Parrots and Arloâ€™s best friend, a fancy mouse named Bingo. Arlo has been asking for a puppy for almost six months but unfortunately we do not have the time for a new pet right now and so this is the very next best thing. Iâ€™ve seen all sorts of interactive animal toys but never one with quite so many functions and admittedly we are still trying to work some of Baileys out. Heâ€™s a clever little fellow.

Playful Bailey is a Kooky Critter and available to order online now from Smyths Toys Superstores and retails at Â£24.99. He arrives in a little box and is just the right size to hold in little ones hands – thatâ€™s if you can keep him still. As soon as we unboxed him he was rearing to go. The box contents include three small dog treats, a bone, a little tug toy and a special bowl. Thereâ€™s a little card template which helps you learn how to place everything within his reach whilst you learn his tricks and a handy guide for adults too. He has sticky paw pads so that you can pose him too.

The first thing we noticed was his cartoon like appearance with those big googly eyes and floppy ears – and we quickly realised that he is very sensitive to touch and seemed to be responding to our voices. Arlo held him on his back, tickled his tummy and to our delight he calmed down and started snoring which gave me enough time to read the instructions and figure out some more of his tricks. I watched as Arlo praised him â€œgood boy Baileyâ€ and then laughed as he figured out new tricks and then showcased them to me.

Our favourite feature is his â€œsingingâ€ – if you touch his nose in just the right way he barks and then treats you to a delightful little tune. It took us a little while for Arlo to get the knack of it but once he did he was extremely proud of himself. I imagine Bailey is going to be on the top of lots of Christmas wish lists this year.

– Interactive features and reactions and 30+ sounds – he behaves and sounds just like a real dog!

-He even reacts to touch â€“ give him belly rubs and pet him like a good boy!

-Play tug-of-war with him using his pull toy!o Feed him with his food bowl and watch as the food really disappears as he eats!