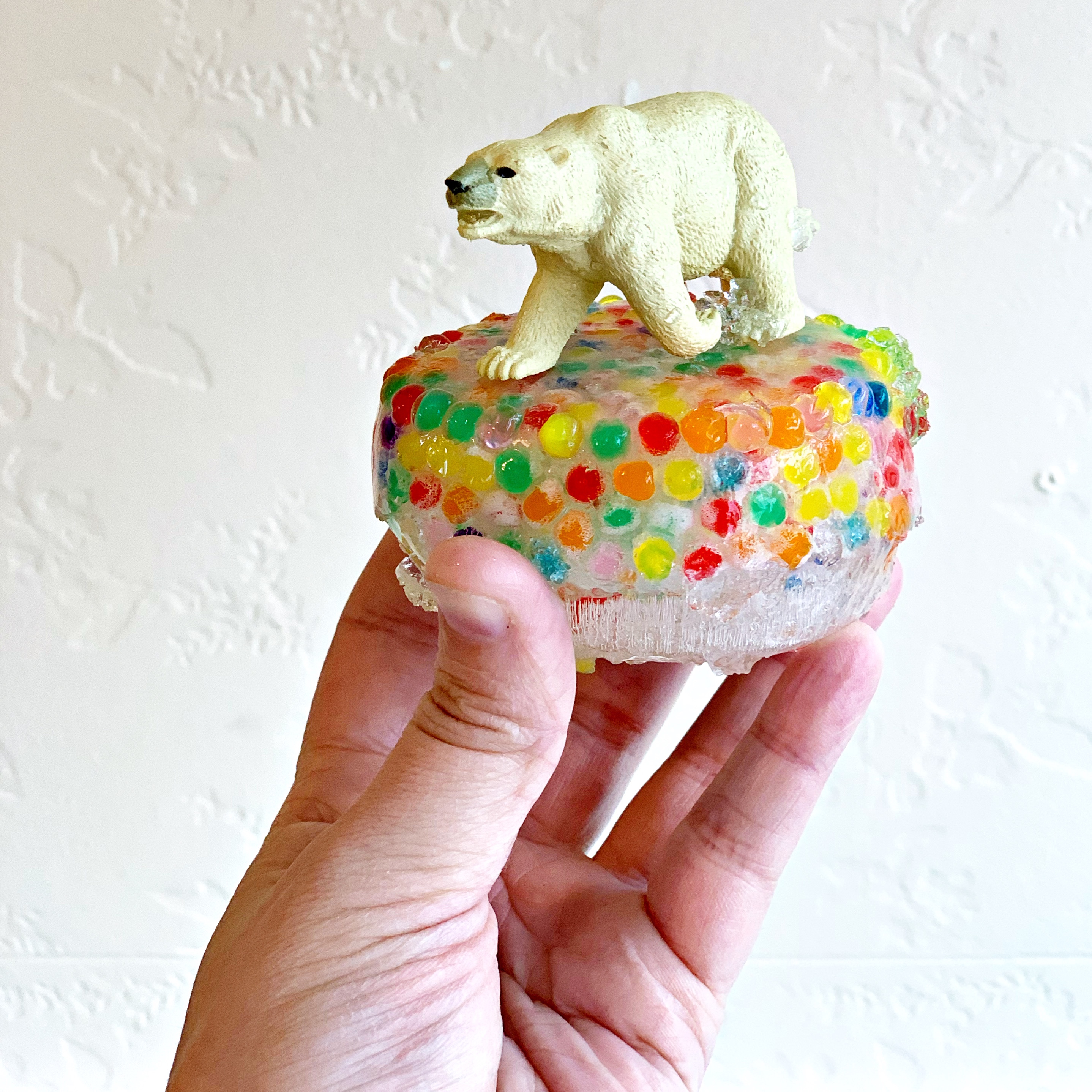 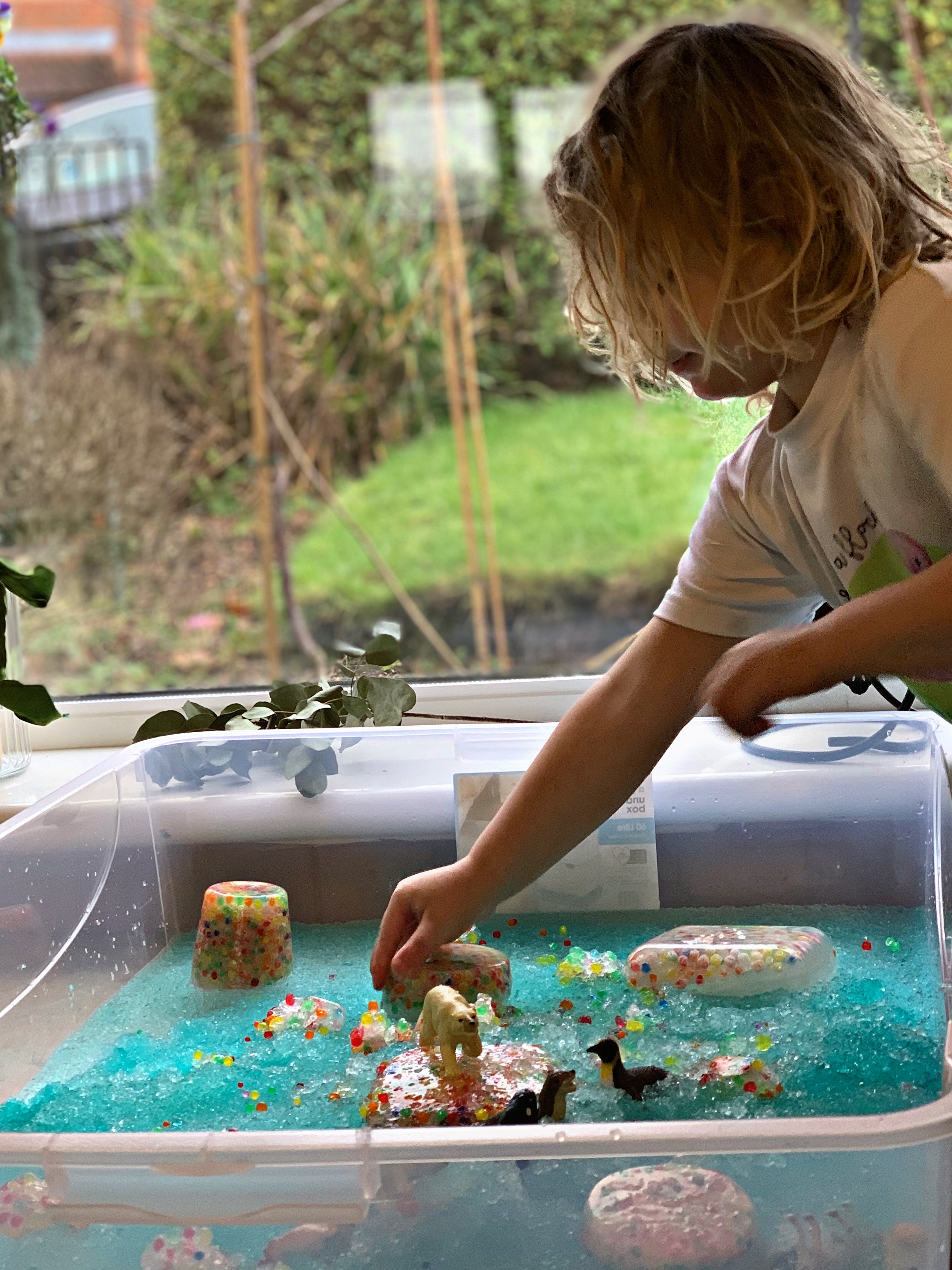 Continuing on with our Antarctic and winter themed play activities today I decided to make Arlo up a messy sensory bin of icebergs…. but instead of using a tuff tray outdoors I used a storage container which has a depth of about 20cm which is enough to contain the mess for indoor play.

This was an activity which required a little bit of forward planning but because Arlo loves ice I’m in the habit of freezing things most evenings anyway. My initial idea was to just make huge ice blocks but I fancied a little bit of colour and so I threw some left over orbeez from a previous activity in to some plastic cups, cups, ice cube trays and as many containers as I had space for in the freezer.

They freeze quite nicely in to blocks and then it was simply a case of mixing up our slime stuff and popping our icebergs in to the container before placing the animals in and around, and the letting Arlo loose to play. 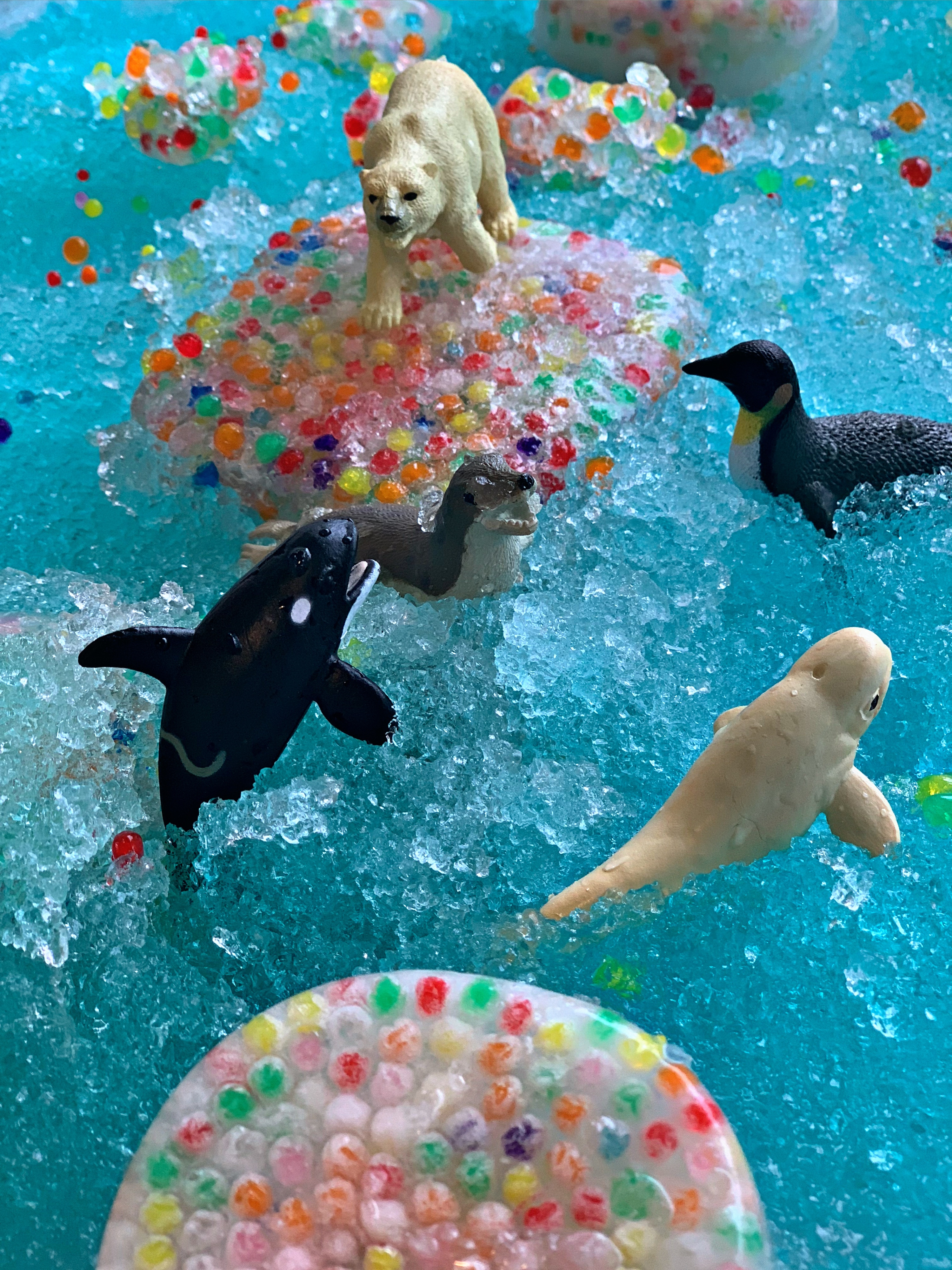 I know that Arlo loves this slime stuff and playing with water and cups etc as we usually use it in the bath – so I made this mixture up with half the water required and also provided cups and a jug of warm water – this meant that as water was added the ice bergs melted – the orbeez were released in to the mix and we ended up with a colourful sensory experience. 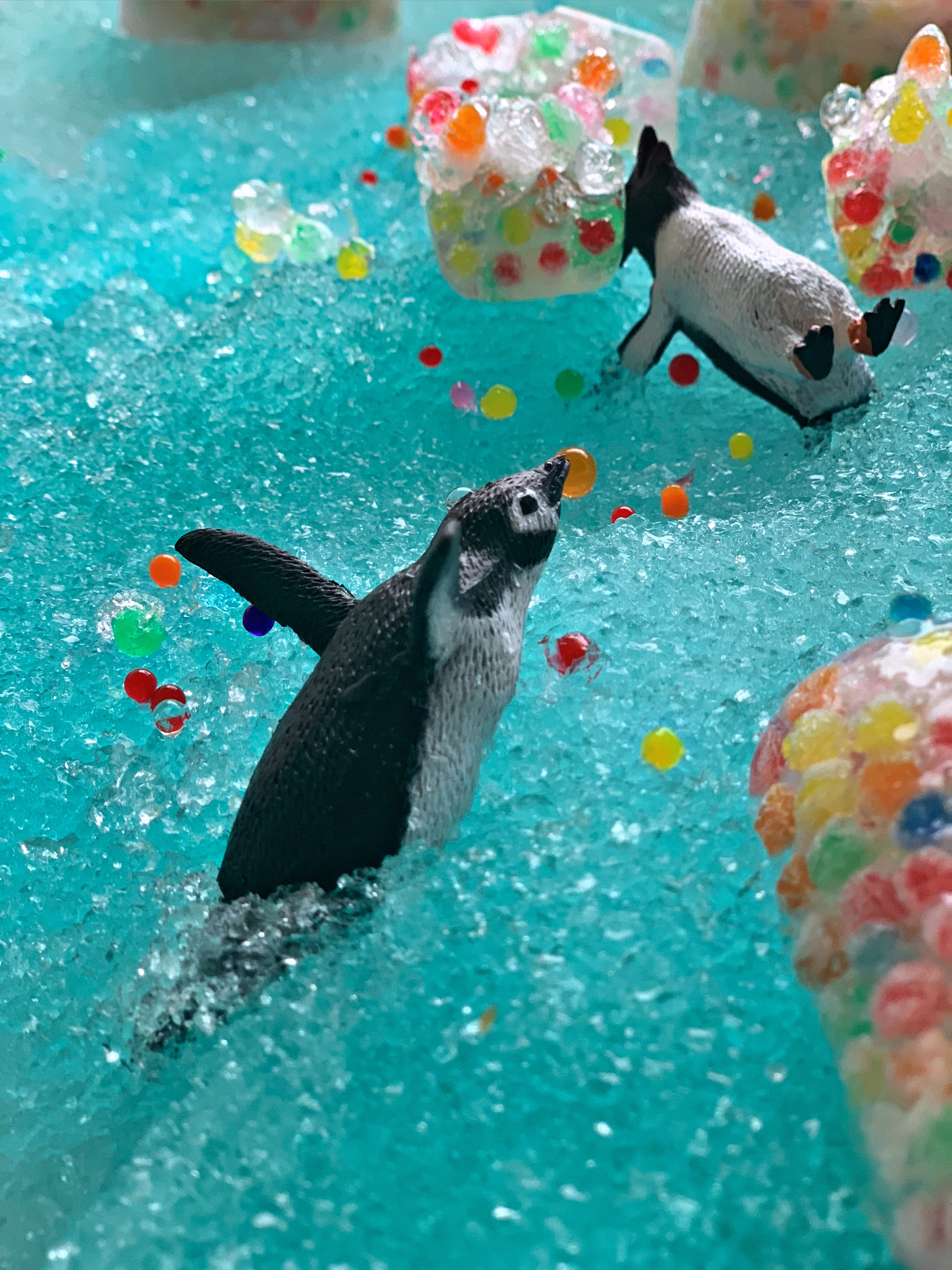 The best thing about using these under bed storage boxes is that they come with lids so after the play this morning we covered it all up, and then came back to it again this afternoon. I like to try and make the most of these big sensory bins when we use lots of materials so I’ll pop this stuff in to his mud kitchen or on his tuff spot outdoors tomorrow for some more messy play fun.