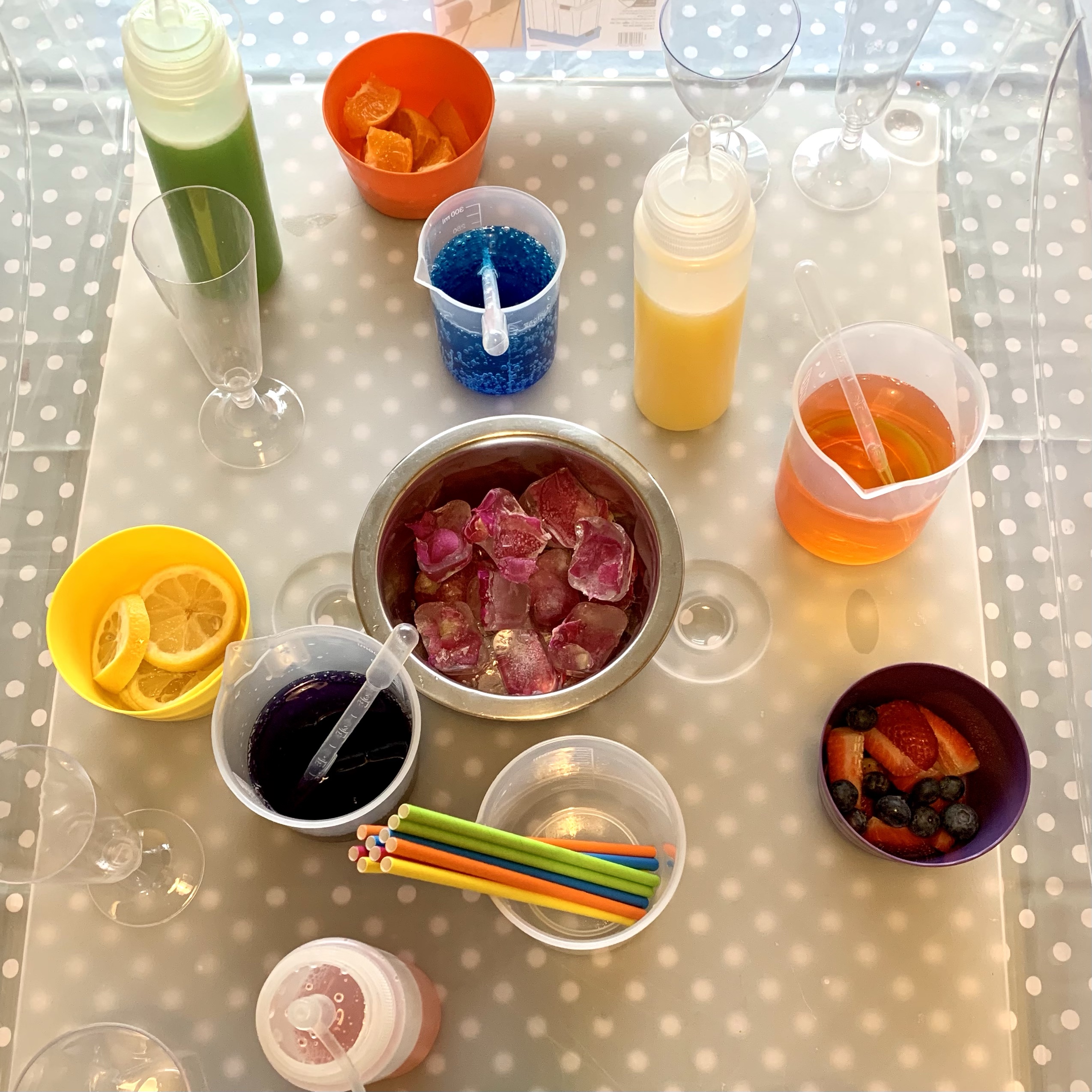 This was an interesting play set up, I’m so used to having to pretend that shaving foam ice creams are delicious – I wanted to put Arlo’s mixology skills to the test for real. I’ve been reading about schemas recently and figuring out that Arlo seems to have a penchant for transforming things and so I wanted to build on this through our play. It’s not often I can even set up a tray to surprise him because he always wants to get involved with mixing doughs and slimes to set up. In fact I decided to give this activity a go after I found him putting random bits of food in to our drinks at the dining table. 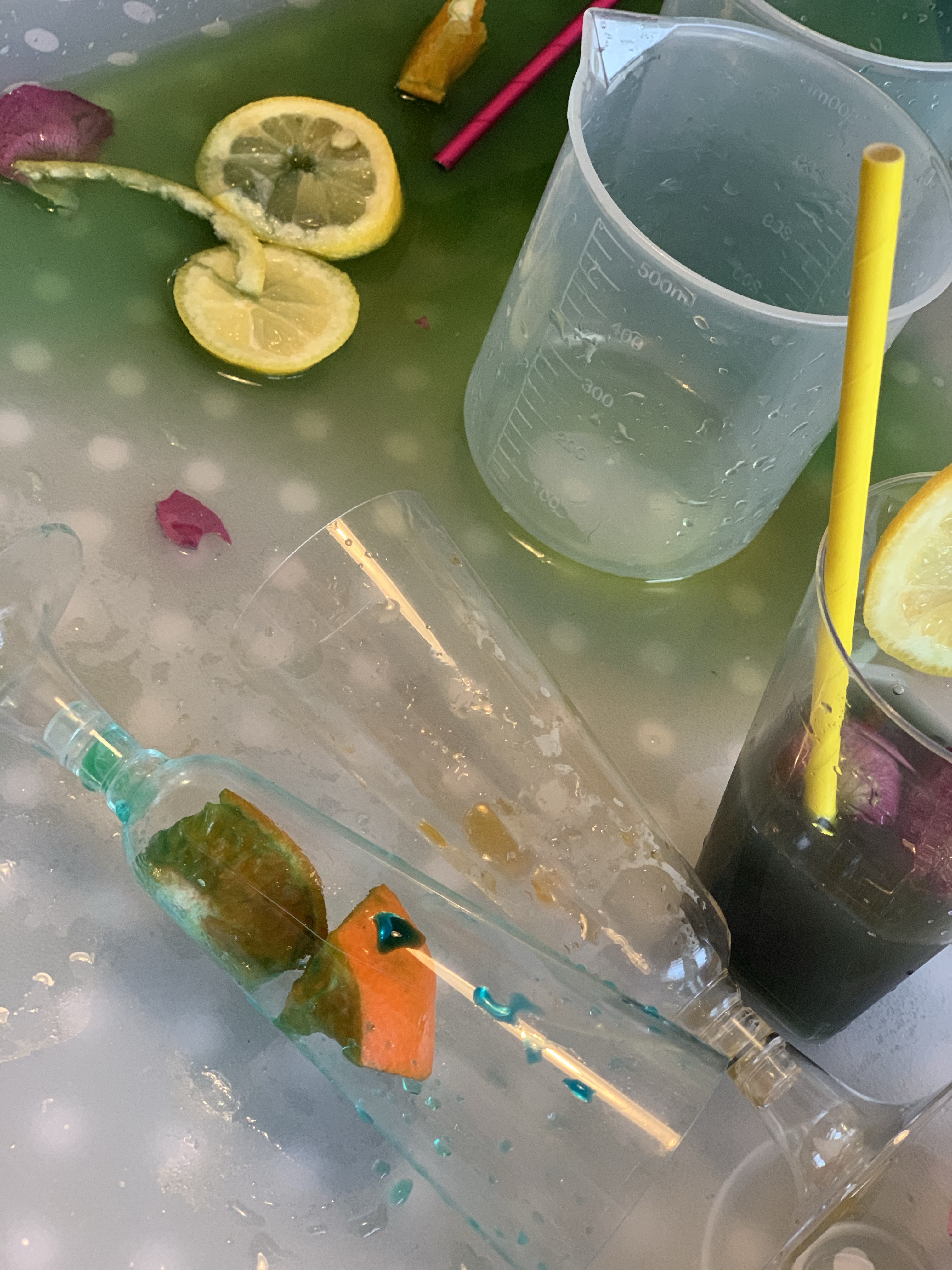 Messy play isn’t just about creating a distraction to do the laundry or filling in the time between meals and then clearing it all up before bedtime – providing children who have a natural interest in mixing things with an open ended activity gives them the opportunity to explore and interact using their imagination. When you take a step back and observe how they play you can learn a lot and then create activities to introduce new concepts and ideas which they will want to engage with. There’s method behind the madness.

Mum hack: I didn’t want to overload with sugar and so I watered down our fruit juices 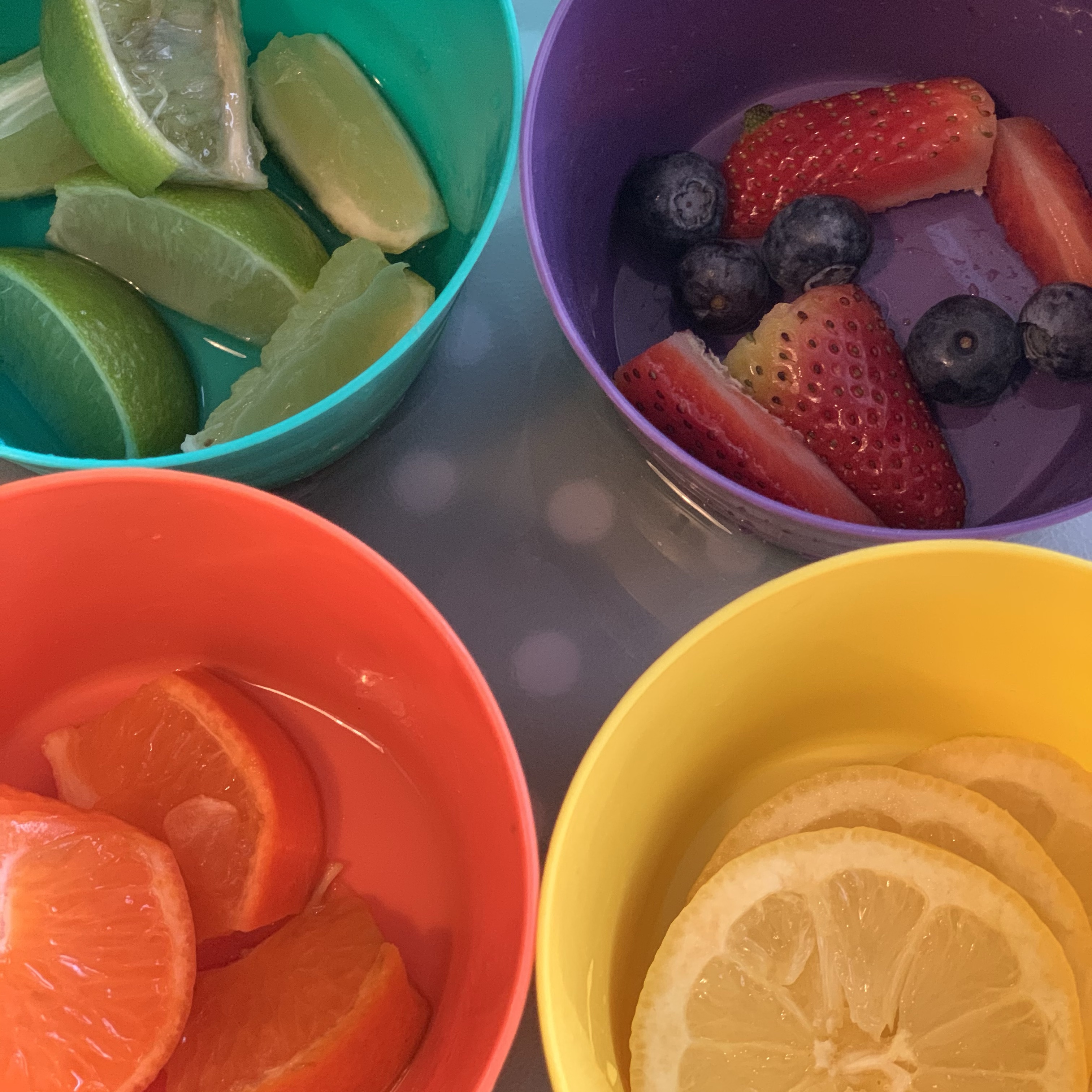 I set up the tray with everything ready for Arlo to explore – bowls of fruit, various juices spread out and a little cup of paper straws too – plus his pippettes and squeezy bottles which he is familiar with. I didn’t tell him the drinks were “real” at first and so as expected he dived right in and started mixing me up a drink. He was happy to role play and gave me a delightful blue concoction to sample… I usually pretend to take a sip or taste of his mud pies and shaving foam ice creams and so he found it hilarious when I gulped a blue potion straight down. 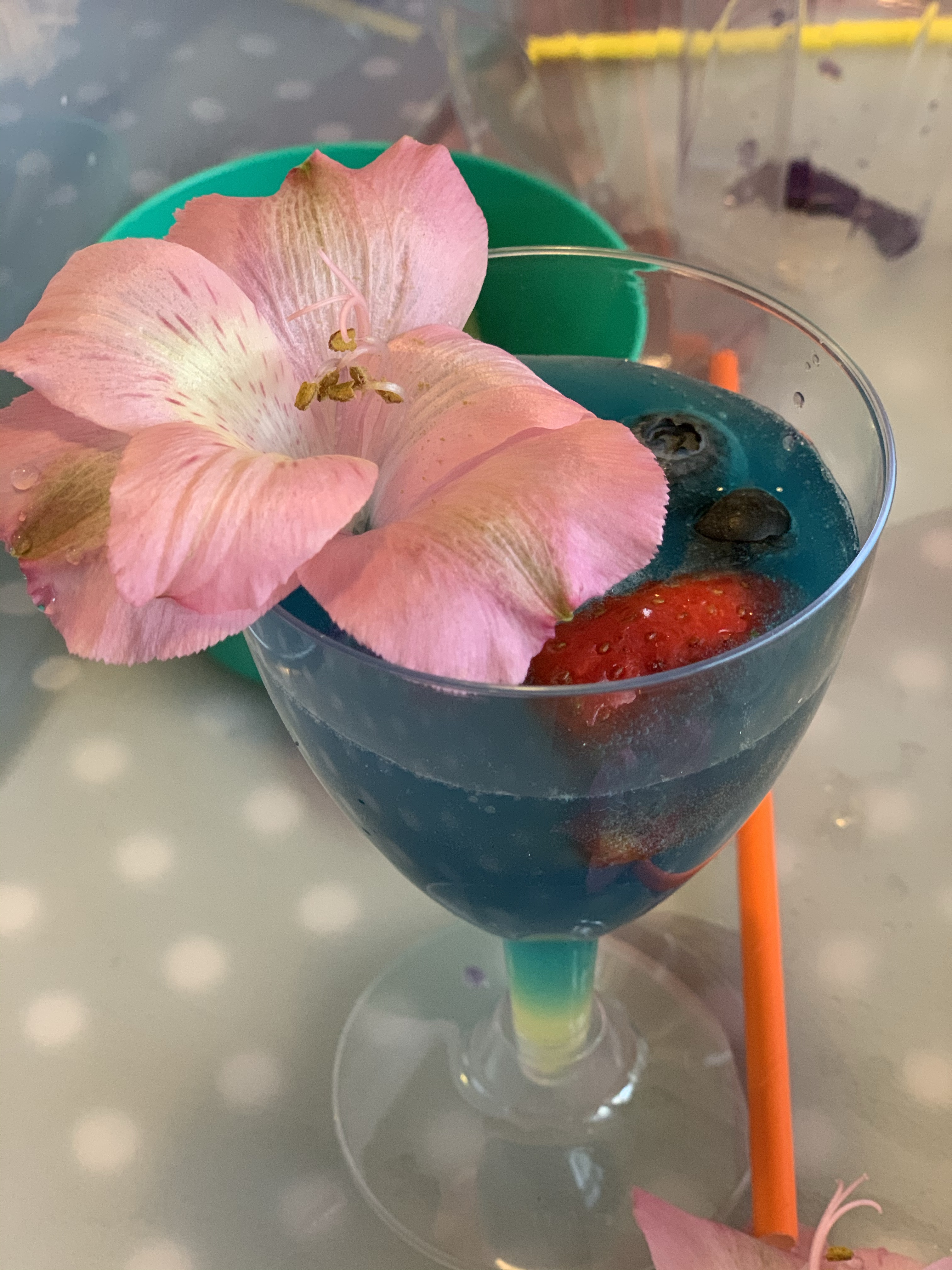 This was a complete game changer – as soon as he realised that the drinks were real a totally new approach was decided upon. He slowly went round the tray sampling the different flavours, describing and comparing flavours as if he was a critic for the Times. I found this fascinating to watch and really enjoyed interacting with him as he found words to describe and explain the flavours to me…. “spicy” is the word he used to describe soda water. 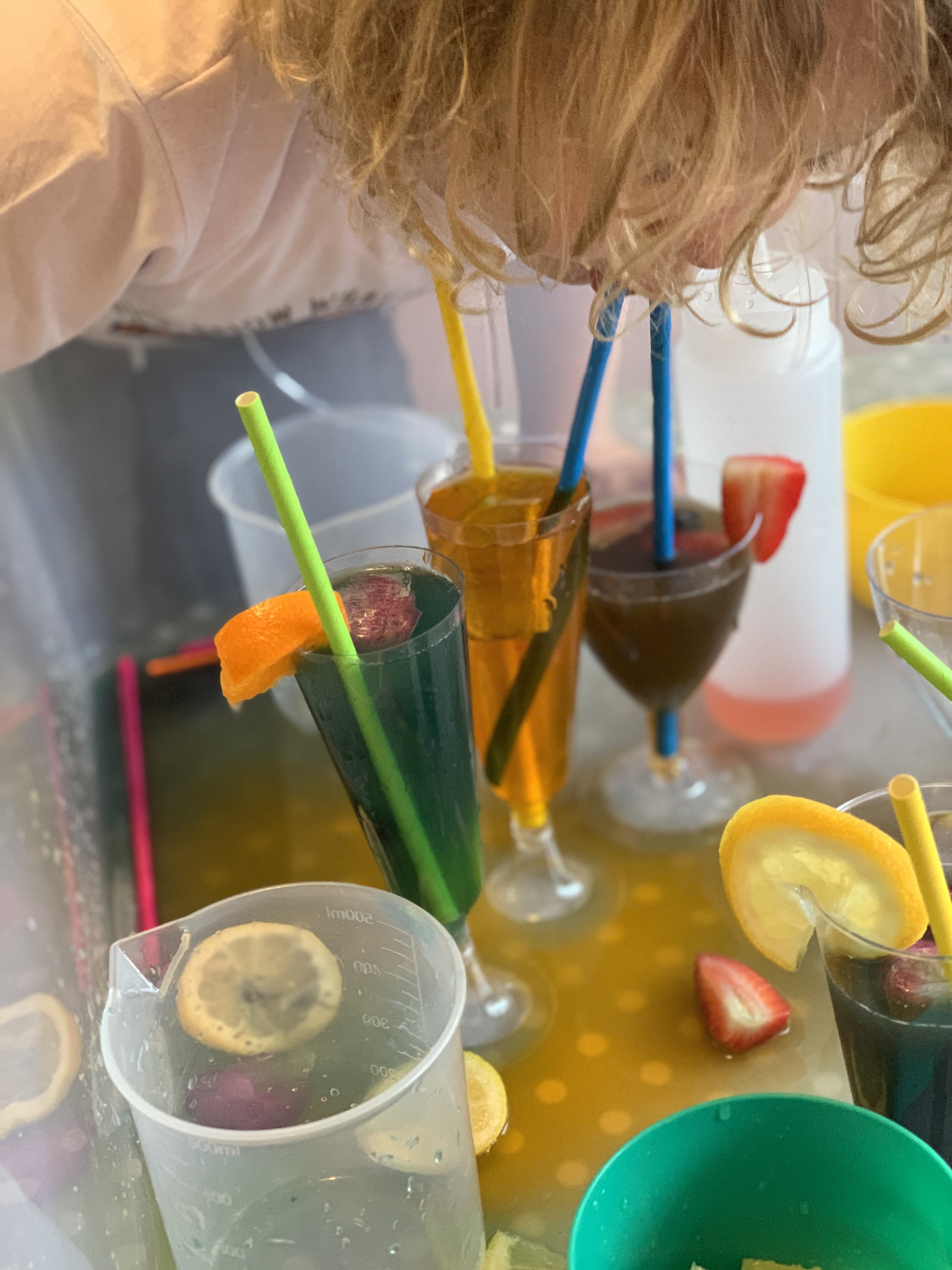 Of course there was still mess involved which is why I use a tray with such high sides for indoor play – but this activity really highlighted to me just how Arlo’s thought and decision making processes work. He was a lot more careful and deliberate with his mixing from this point. Arlo’s natural urge to “transform” things means he’s like a little scientist always wanting to learn as much as he can about a new things – he is not afraid to test things out to see how they work and then find new tools and resources to experiment. I think we have come to the conclusion that peas and carrots don’t belong in our drinks which means that this is a success. 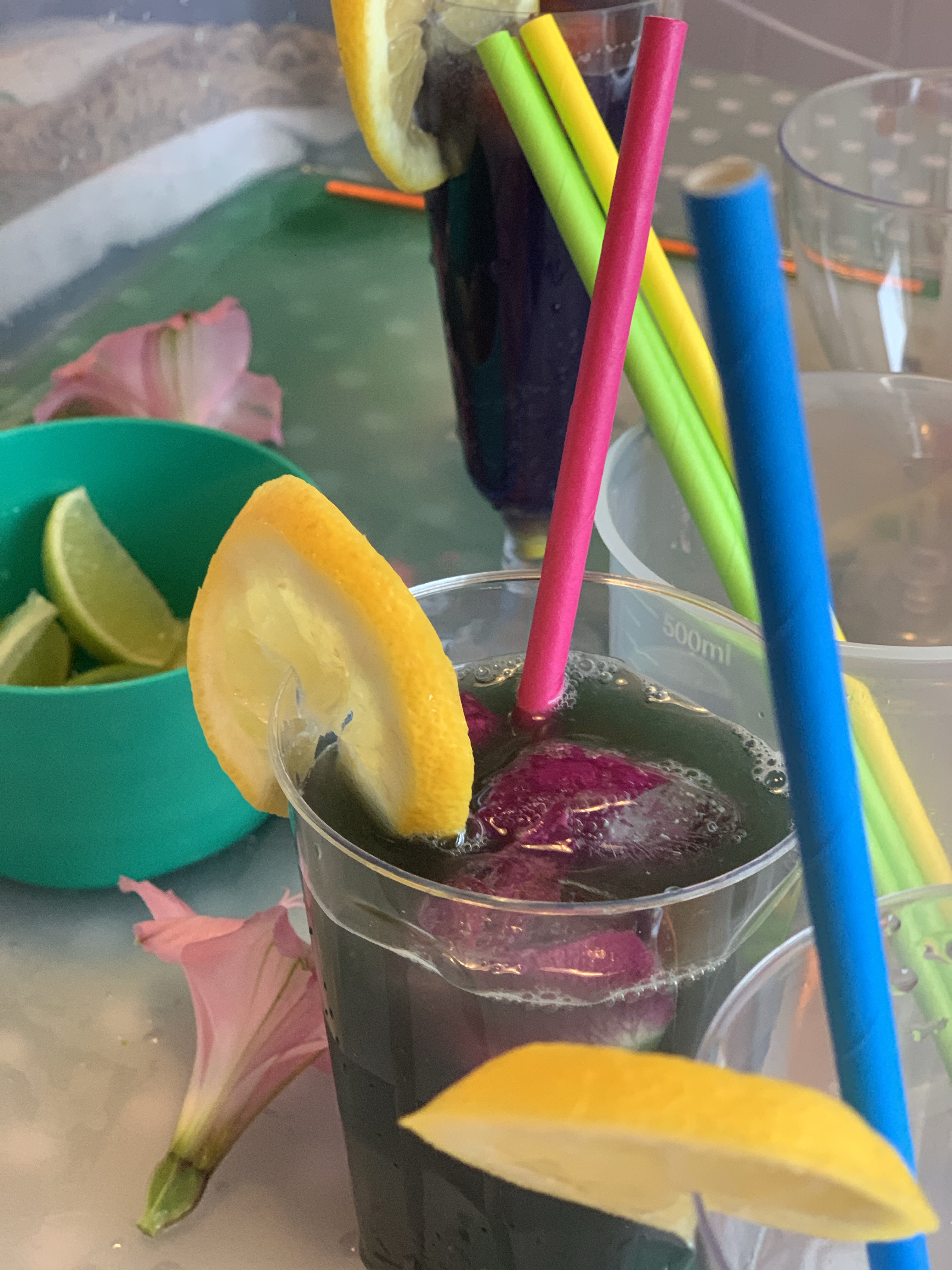 We really enjoyed this doing this together and there was nothing left to drink at the end of it. Now I know about schemas I can look back and understand why some of our play activities haven’t kept him occupied for as long. I’m going to adapt some of our existing resources and come back to previous projects with a new approach to see how we can plan to learn some new concepts, and also keep an eye out on his little experiments and let these inspire it activities….. I’m going to have to do something with bubbles soon because he poured an entire bottle in the sink earlier today. 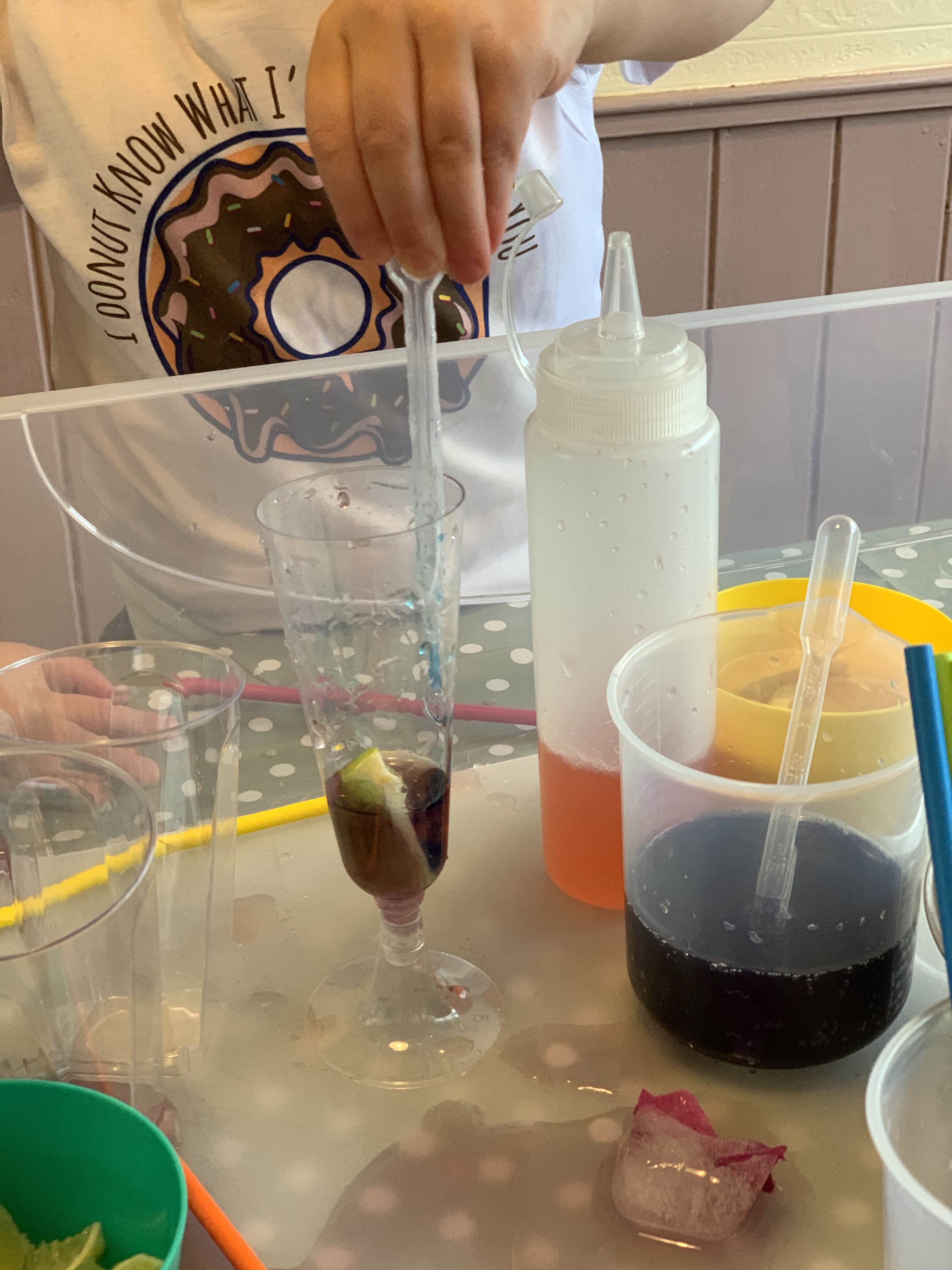