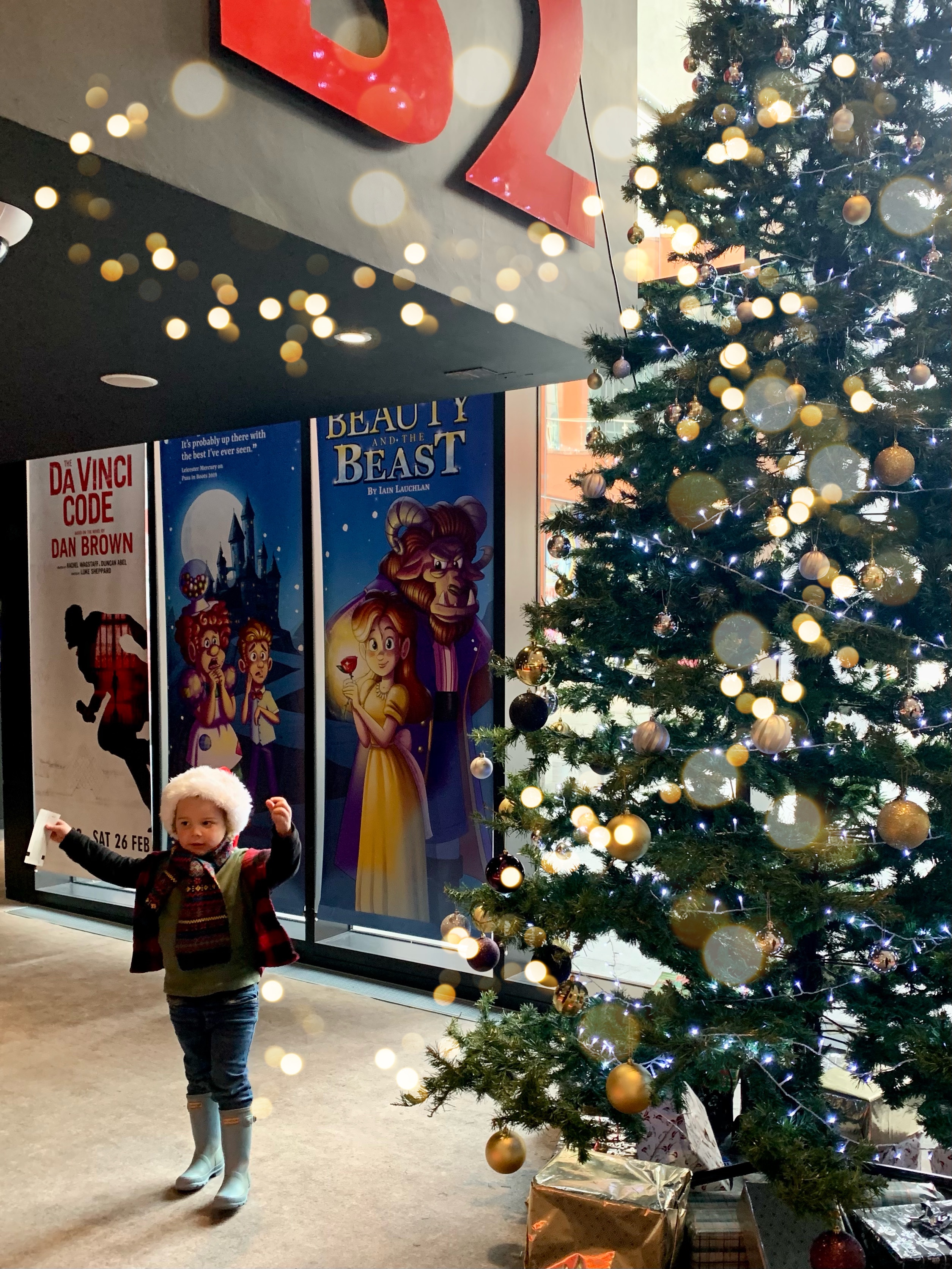 Beauty and the Beast at the Belgrade Theatre in Coventry is the must see panto experience in the Midlands this winter. Be transported to the town of Middle Widdle on the Piddle (somewhere near to – but not quite Nuneaton) for a few hours of silly fun with Billy, his mum Dolly Mix, alongside Maurice, Grub and of course the stars of the show Beauty and the Beast alongside a dance troupe who perform as gremlin waiters, skeletons and villagers as well as an Olympic mop team!

Bought to the Belgrade by Imagine theatre, a production company run by husband and wife team Steve and Sarah Boden, Beauty and the Beast is a sheer delight for its entire three hours running time. There was so much jam packed in to this performance we have far too many highlights to share but I have to say that we really did have a wonderful experience full of belly laughs – it was obvious just how happy the cast were to be treading the boards once more and this feeling was echoed by the audience in the auditorium.

We visited for a matinee performance: my mom, Arlo and my nephew Logan and each of us had our own favourite moments from the show so I can truly say that there’s something for everyone and it’s a real family friendly panto.

The sets were beautiful with all manner of small details adding to the enchantment of the story. As we entered the theatre the stage was set with the castles on each side and between acts the props and sets changed swiftly to immerse us in to the middle of the action. The same level of attention to detail was apparent in the costumes – and none more so than in the extravagant outfits worn by Dame Dolly Mix, played by Iain Lauchlan, whose mere stage presence had us in fits of giggles. Lots of cheeky innuendos kept the grown ups amused throughout the performance, Logan smirked throughout all the cheeky toilet humour and Arlo kept asking me if the flying saucer fascinator was real.

My mom’s favourite scene of the entire show consisted of Dame Dolly Mix with a fork, alongside Grub with a fish, Billy with a Bucket of water and Maurice with a blonde wig. I can’t even begin to explain what was going on, but we really appreciated the intricacy of the choreography and how challenging this must have been to perform – Arlo’s was sat beside me squealing with laughter as Billy managed to get poked in the bum and slapped with a wet fish! This skit bought the house down and rightly so – brilliant comedic timing!

Arlo’s favourite moment was the scene where the wolves managed to outsmart Billy and his mom – every child was out of their seats exclaiming “he’s behind you” and it was just so thrilling at that moment to look around as a parent and see so many children at panto for the first time and relishing in every moment. I found it quite emotional, and then when Beauty (Ruby Eva) and the Beast danced together to Iris by the Goo Goo dolls it sent me over the edge and I held my breath. I remember being four or five and seeing the Disney movie for the first time and being mesmerised – and for a moment I was experiencing those same feelings. The music chosen for the show really was spot on and had us all clapping along.

The one tune which has stayed with us all afternoon is “Soapy Soapy” (to the tune of Hokey Cokey) – a fabulous slapstick scene where poor Maurice (Peter Watts) was stripped down to his pants in the name of comedy. He did marvellously in this non speaking scene, where the stage was set with a huge sheet and Dolly and Billy went to town with bubbles and mops – it was chaos on the stage and had me laughing with tears rolling down my cheeks …. I also have to give a mention to the Beyoncé style moves from Maurice during the “best song in the entire show!” Great comic timing – it’s such a shame his character got thrown to the wolves in the end.

Honestly I could rave about this show all day – Arlo’s fallen asleep talking to me about mop stealing “naughty nickers” and said he had the best time ever. Thank you for inviting us to the show – Beauty and the Beast is running at The Belgrade until 4th Jan 2022 – good luck to the troupe for the rest of this run – next years panto will be Jack and the Beanstalk – we can’t wait to come back and see you again!

7 thoughts on “Panto’s back – Oh Yes it is!!! Beauty and the Beast at The Belgrade – review”