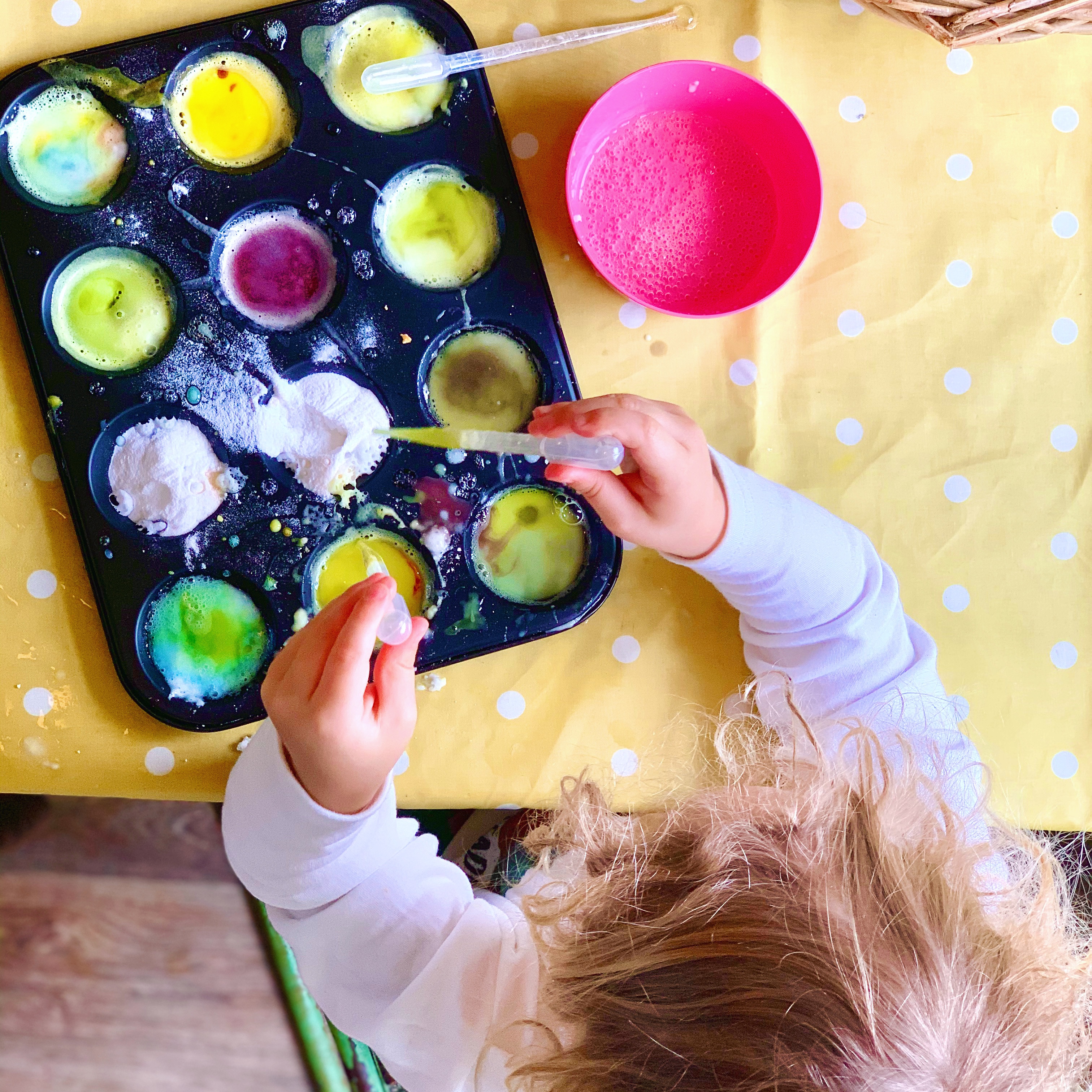 I decided to try out a little science experiment with Arlo after seeing the idea float around Pinterest and this captured his attention for an hour – a parenting win!

To prepare all you need to do is add a few drops of colouring to each section of the baking tray and then cover with powder. I provided three pipettes with vinegar in a little bowl and only had to demonstrate what to do once. 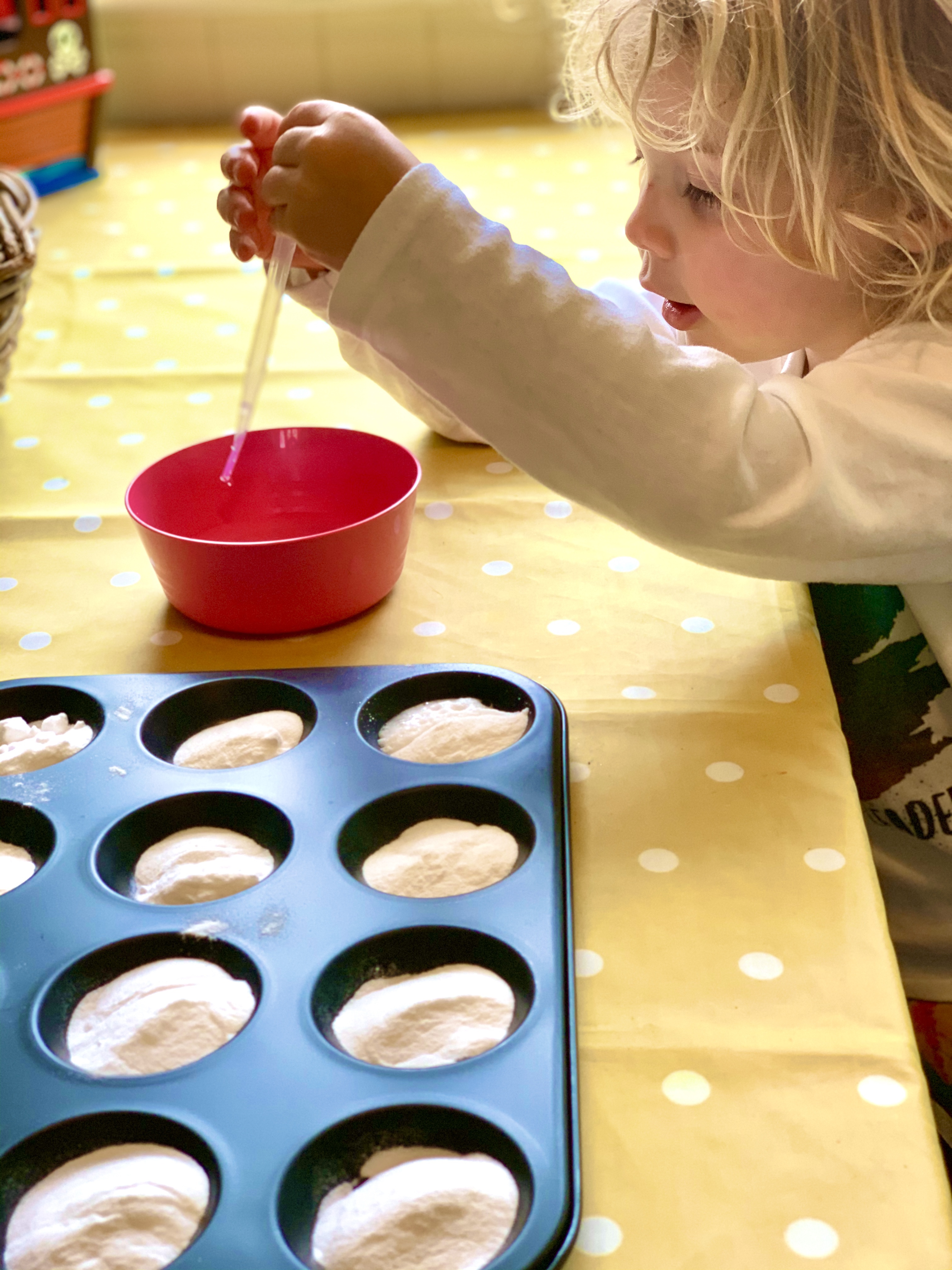 First of all Arlo was happy to see the bubbles begin to emerge as soon as the vinegar touched the baking soda. I wasn’t quite sure how much I would need so used rather a lot and the colours didn’t appear at first. 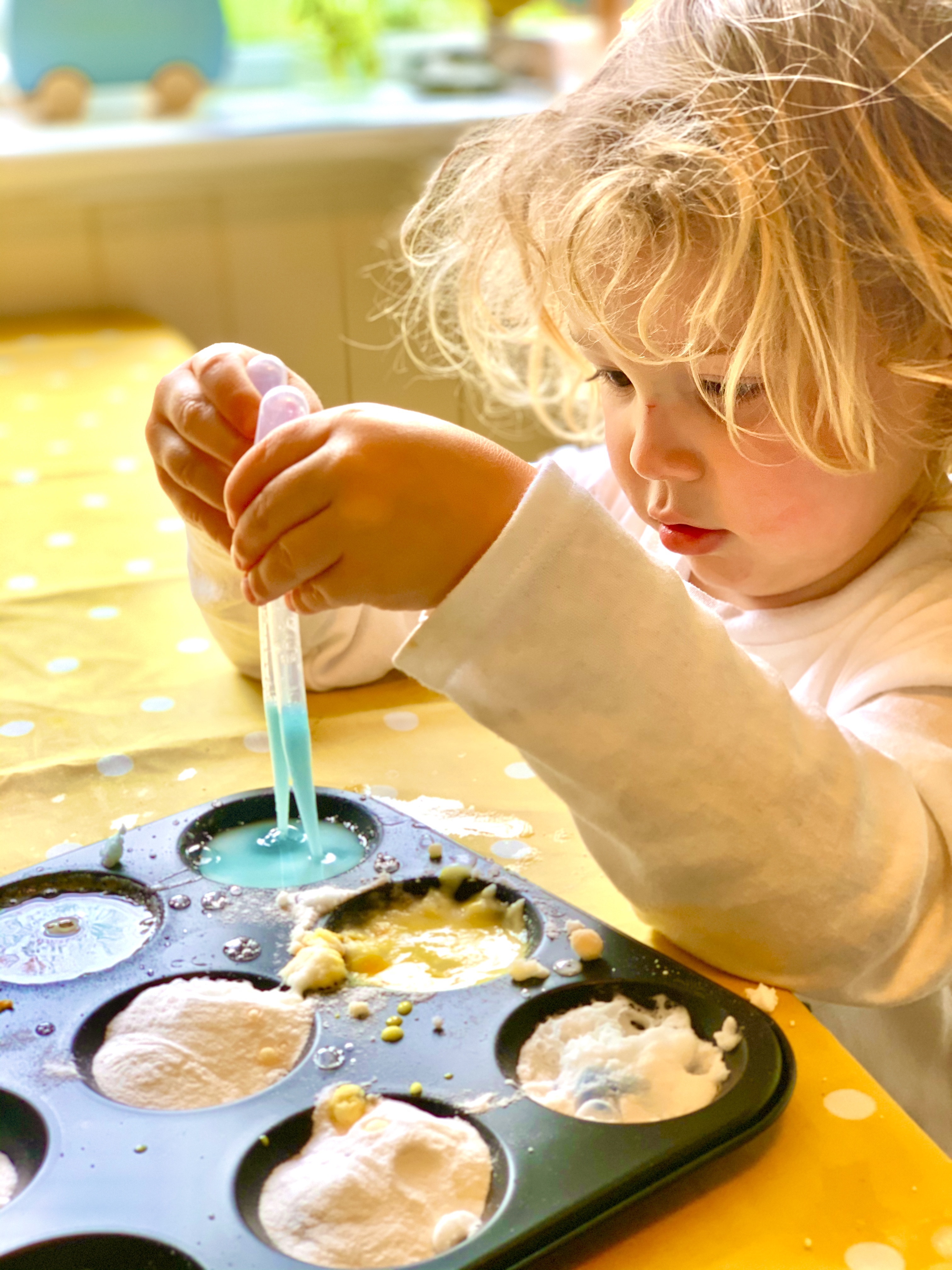 As soon as the colours began to emerge Arlo’s interest peaked and this offered a new aspect to the activity – Arlo was using two pipettes at a time to make bigger explosions and find more colours. 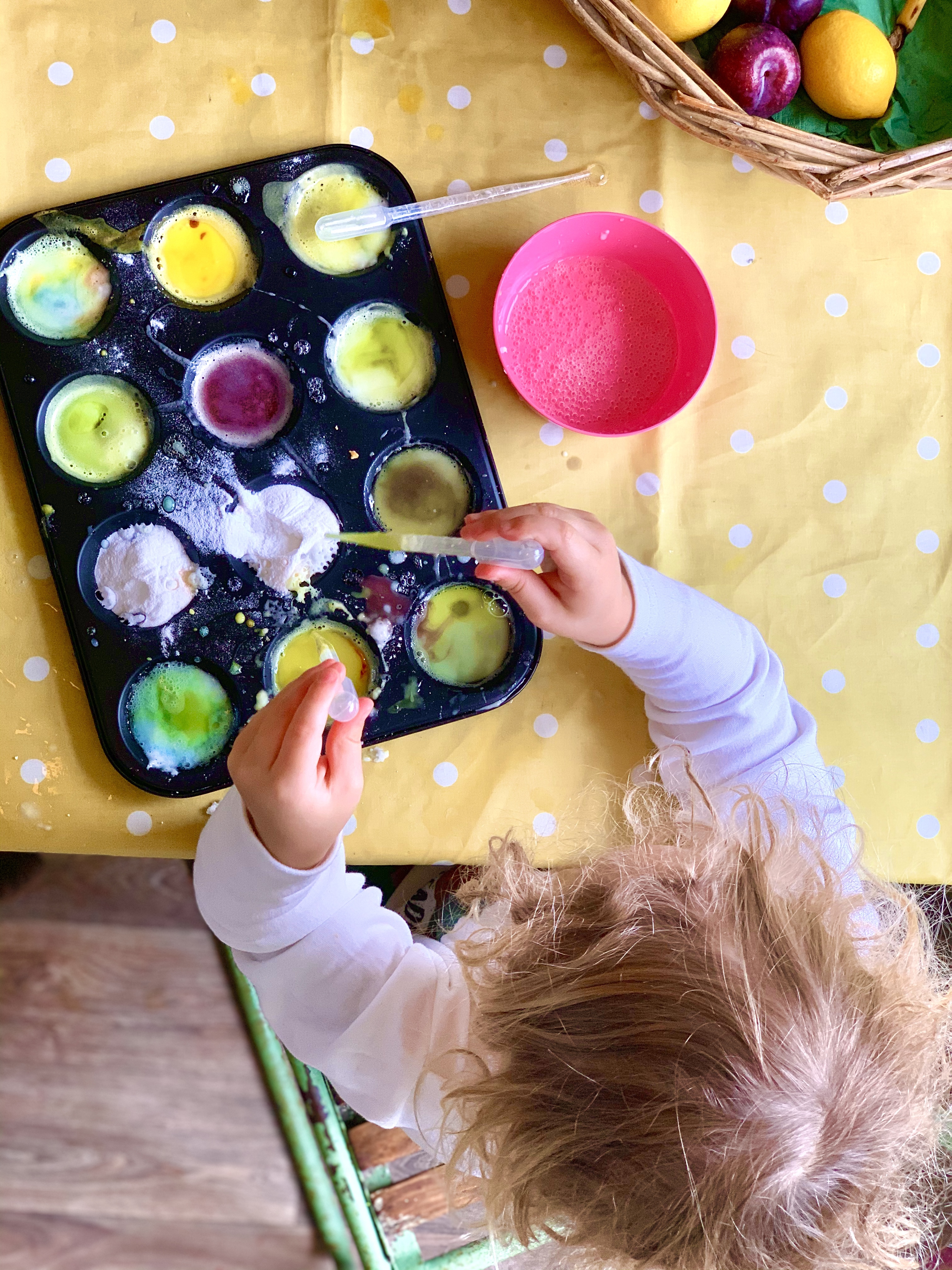 It didn’t take too long for Arlo to figure out that the colours could be mixed and this bought us even more time to play with this tray of magic!

I consider this activity as a success HOWEVER … next time we will be doing this outdoors because the smell was extremely overpowering but we need more vinegar to make bigger bubbles! I’ve also heard that adding washing up liquid might create a better effect so we’ll be trying this out too!