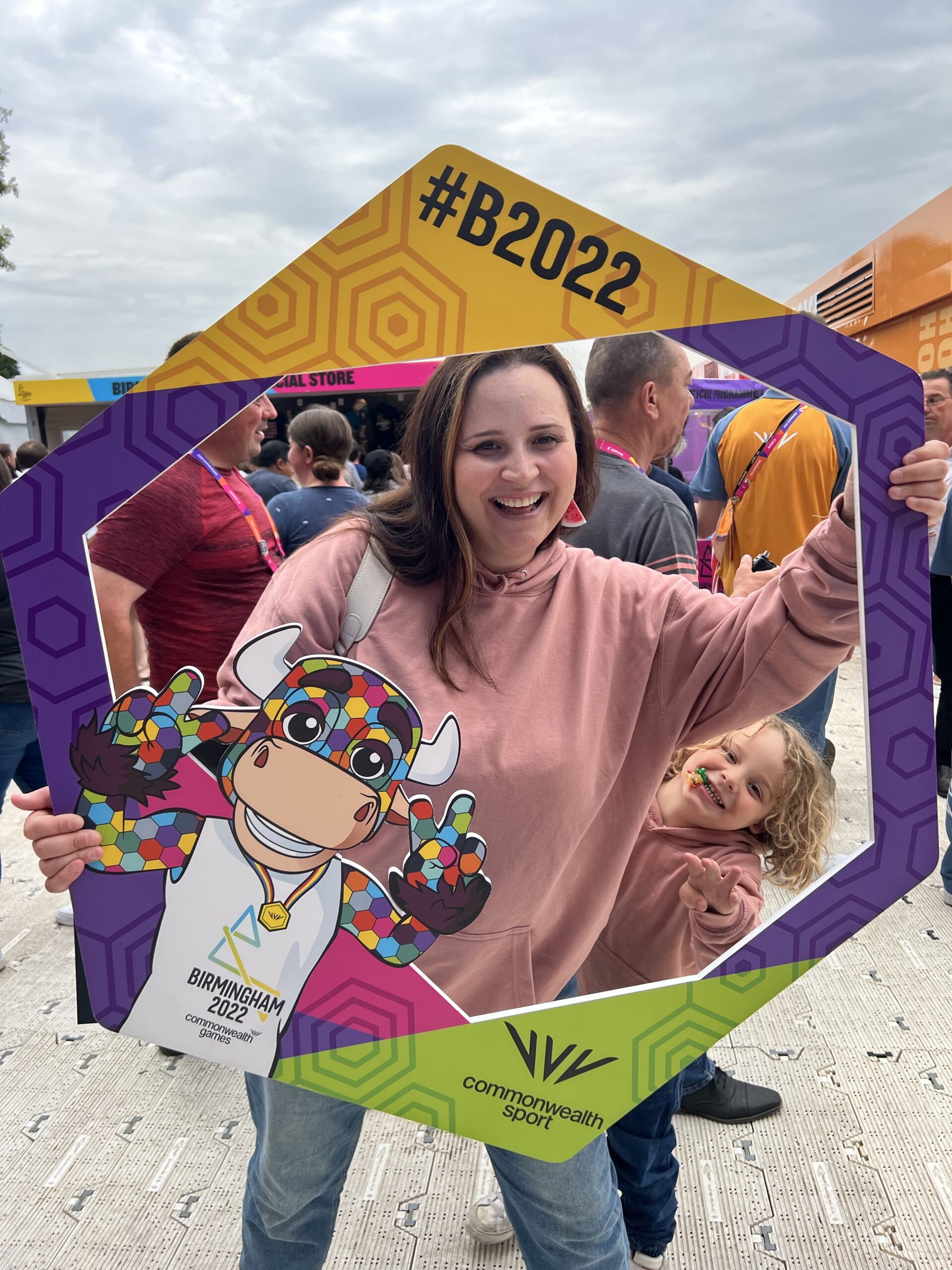 I’ll meet you by the bull bab!

What can I say about last night?! I was in two minds about taking Arlo to such a big event and was really worrying about the logistics of travel but the opening ceremony of the commonwealth games was too important an experience to pass up. I can’t even begin to describe how proud I am of the heritage of Birmingham which was thoughtfully and creatively expressed last night through performance. There were so many special moments and it got us feeling quite emotional at some points.

I can’t wait to watch the opening ceremony again on TV to see things from another perspective but there is nothing like the atmosphere of being in a stadium and despite the worry about the cost of the games and what the legacy to the residents of the city will be – now is the time to embrace all things Brum and celebrate.

In terms of the actual logistics. We got ourselves in to the city centre (travel on public transport is free throughout the city for those heading to the games) and then wandered along to the shuttle bus to the Stadium. On our travels we found a heavy police presence and barriers outside the grand hotel and paused to greet Royalty as they arrived, and had a lovely chat with some police officers. Throughout the Colmore Row area and beyond there were Marshall’s giving out travel advice and directing us where to go. Someone gave us an A3 map from a tear off pad. The shuttle bus pick up is just around the corner from the law courts near the childrens hospital.

We were on the bus about 20 minutes and it pulled right in to the stadium at the spot we also got back on the bus to come home. They used the “nice” buses which had charging points and the leather effect seats, and there were plenty of them so despite long queues we were not actually waiting long.

There was another long but fast moving queue outside the stadium to get through security as we arrived – aided by the military which was exciting for Arlo to see all the uniforms. Everyone was really friendly and so this was not a stressful experience. We had a bag check like at the airport and walked through metal detectors. No major issues here but there is a list of things to not take to the stadium to be mindful of. I had no issues with my rucksack full of snacks, water and various other random bits and bobs Arlo stuffs in to it to keep busy.

Once inside the grounds there are various eateries – I do feel like the prices of these have been amplified and this is where the longest queues were. £5 for an ice cream was a bit much. There are several food areas all around the stadium so we wandered past the main one at the entrance to find the one nearest to our block.

There’s huge signs all around the place which direct you and every time I paused to check there was someone nearby who was happy to help. We were quite high up in the second from cheapest tickets but we had an excellent view of the arena. Climbing the stairs up was fun for us as I don’t mind heights but it can be nerve wracking if you don’t like heights and a bit tiring for the elderly.

After the show there was a bit of a delay waiting for people to go back down. We stayed until the very end and then wandered down with the crowd. It was very busy but not crushing as everyone was
Steadily moving in the same direction. Marshall’s in high Vis we’re on hand and as we fanned out we heard megaphones directing us where to go to find our shuttle bus back to the city.

My biggest worry was being stuck waiting here forever but the fleet of buses ready to go was long reaching and again despite a long snaking queue we never stood still. The atmosphere was light and friendly and we got chatting to lots of people – some had travelled here a different way and worried about where the bus would stop and how to find their hotel so as a proud brummie I was happy to chat and give directions and share our map.

It took us ten minutes to get back to the place we had been picked up in the city centre on small Brook Queensway and as we wandered back through the city at almost midnight to continue our travels back home and we had a chat with the same police officers outside the hotel who remembered us.

Overall I’m really impressed with the logistical side of things and the atmosphere and crowd control too. I don’t think I’ve ever been to a better event in terms of organisation at any arena.

If you can get hold of tickets then get yourself to the games!