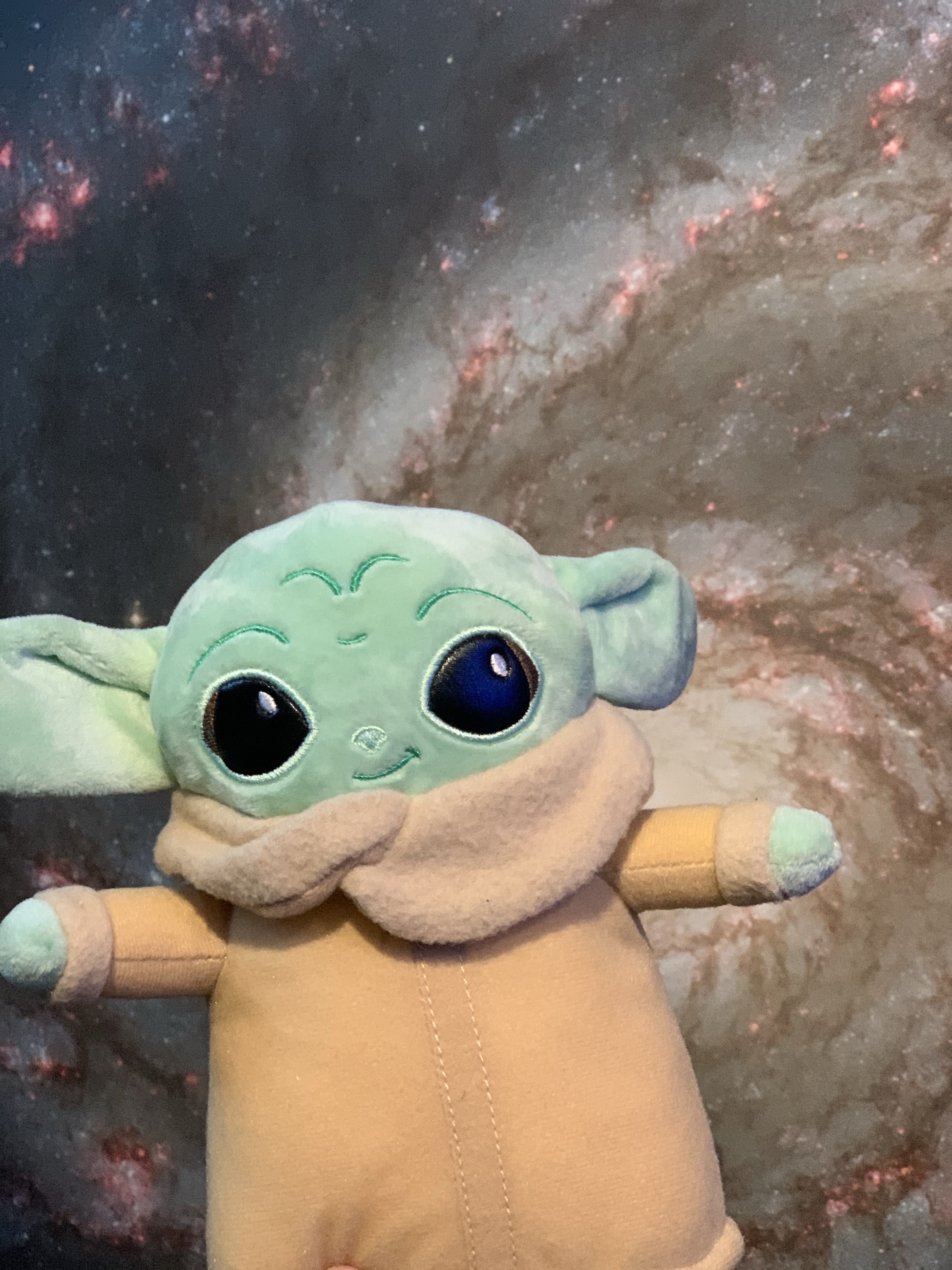 As most of you know I’m a bit of a geek, and I’m proud of it. I love all things science related and so when it comes to covering educational topics such as “space” with Arlo of course I have involve some fiction along with facts to bring it all to life for him because can’t jump straight to the laws of gravity with a toddler. 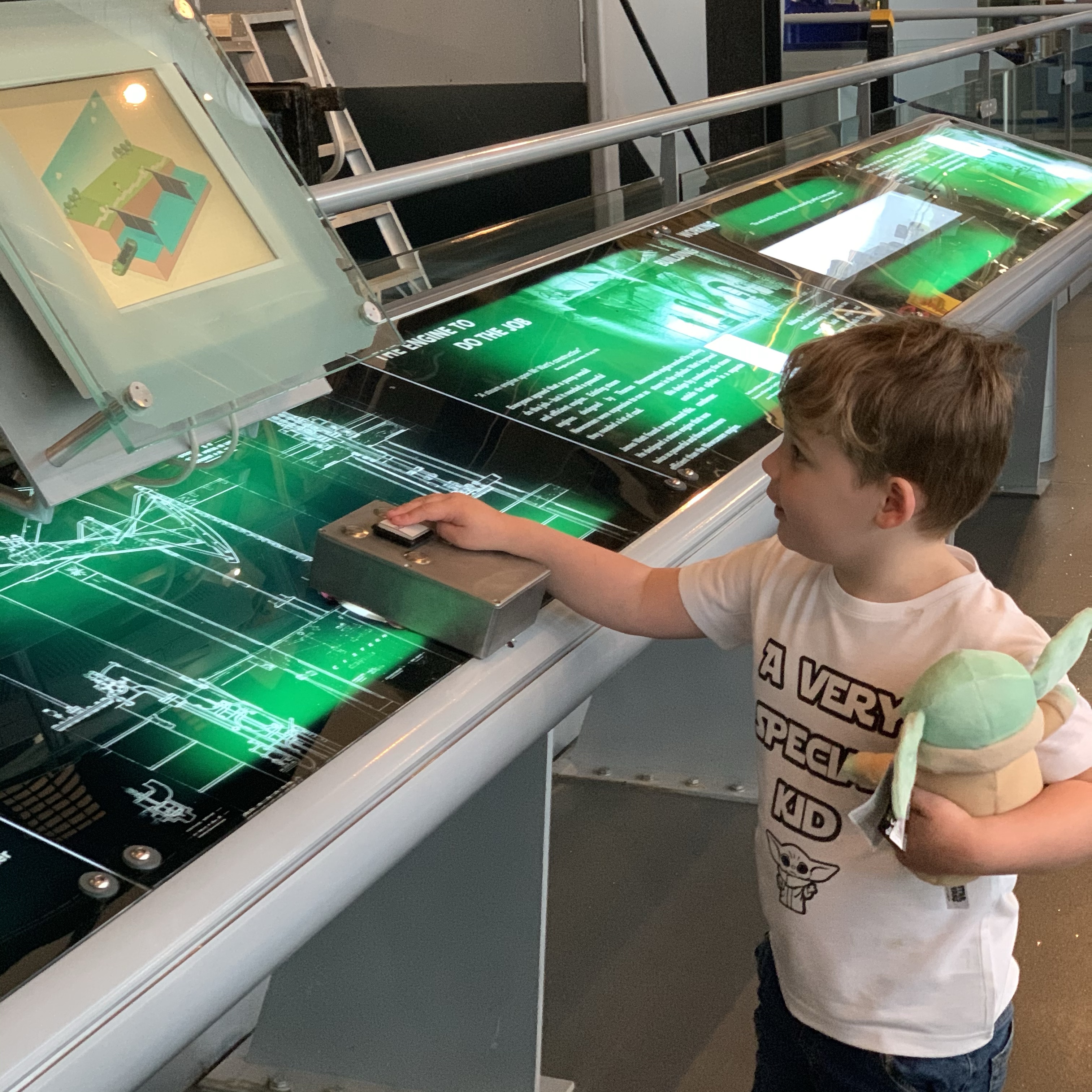 The Star Wars films are a guilty pleasure of mine, my favourite character was always Yoda. Arlo isn’t quite up to watching a feature film yet, his attention span doesn’t last so long but he does love the Disney+ series “The Mandolorian” which takes place in the Star Wars galaxy and has of course fallen in love with Grogu. I love sharing things like this with Arlo which help create a sense of adventure and a thirst for knowledge too. 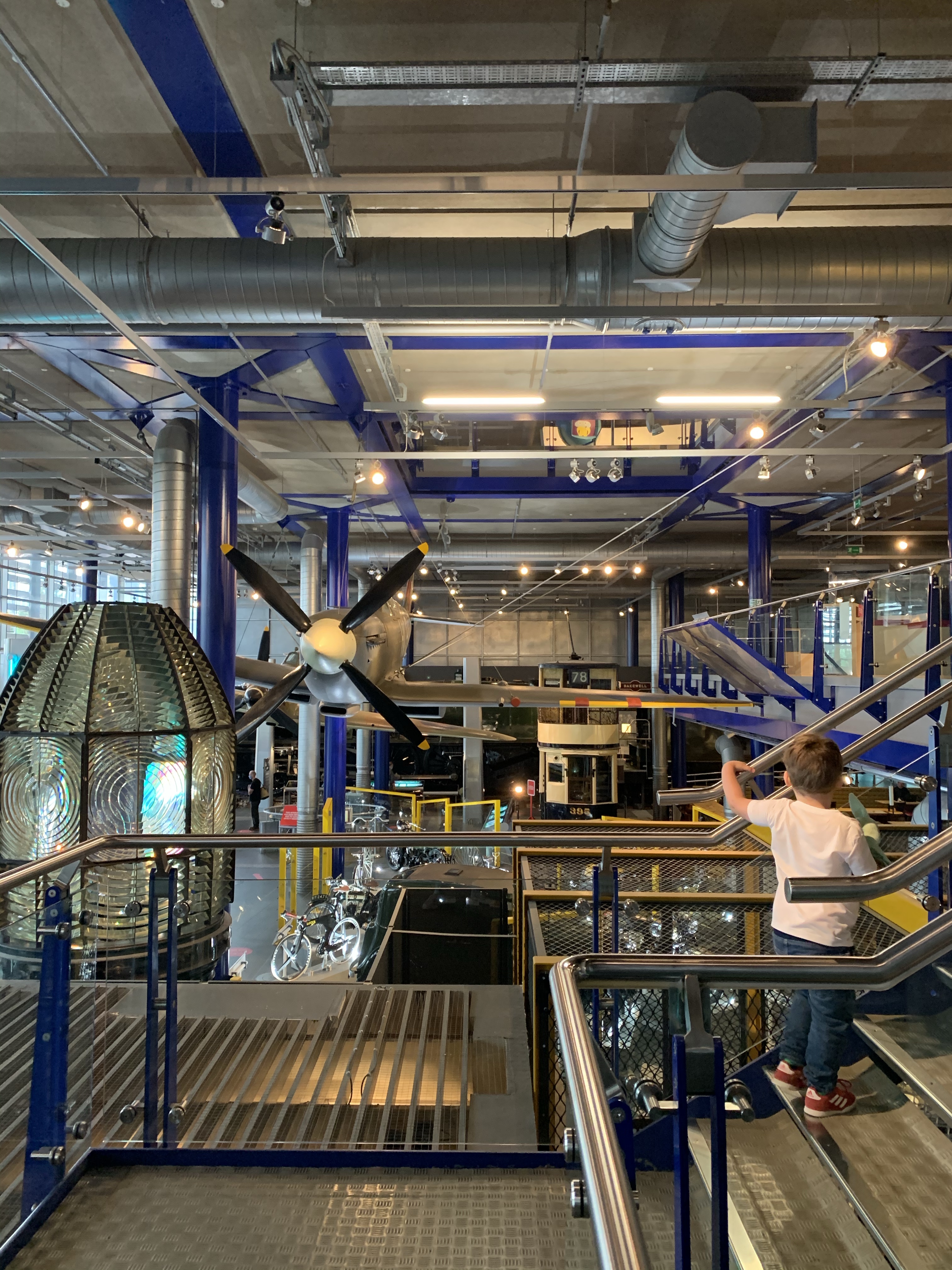 Grogu, is a Toddler member of the same species as the much loved Yoda and I was delighted to be sent out a brand new soft toy Grogu from Simba Toys. This plush is just Â£9.99 and available to order on Amazon, and ever since he arrived at our door Arlo and Grogu have been inseparable. I was planning on placing him up on a shelf in my office and keeping him for myself just to look at but he’s far too busy inspiring lots of new adventures with Arlo. He’s had him for cute cuddles at home but when I told Arlo we were going to visit the newly reopened Museum “Thinktank” in Birmingham, with an entire floor dedicated to all things space Arlo slipped him in to the backpack without me knowing. Of course Grogu was right at home. 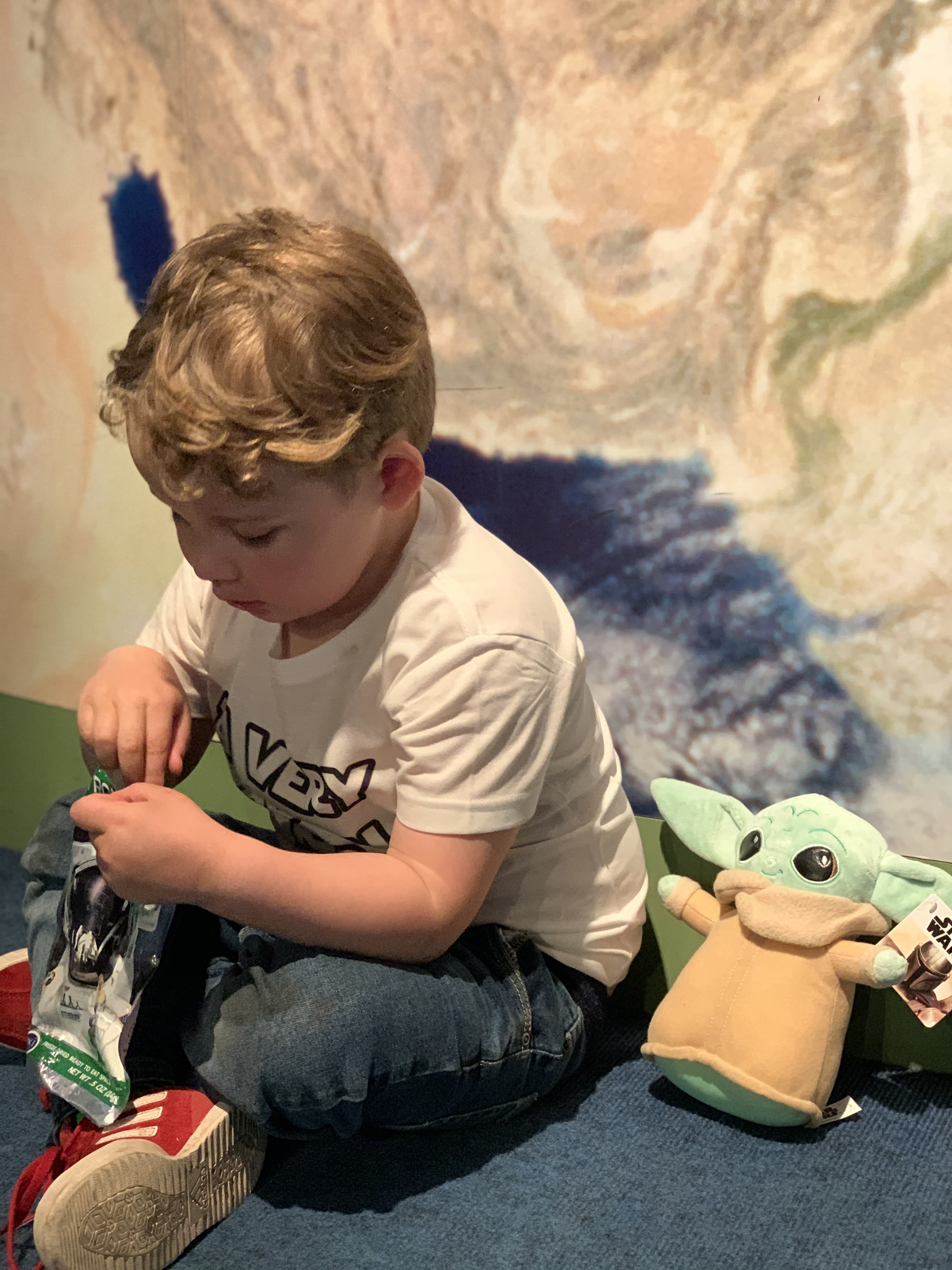 Arlo held tightly to Grogu as we watched a movie in the awesome planetarium and invented a whole new story for him. We purchased some novelty space snack food to try out – dehydrated apple slices, Grogu didn’t get a look in. So we decided to branch further afield and show little Grogu all around the museum exhibits to teach him about our planet. 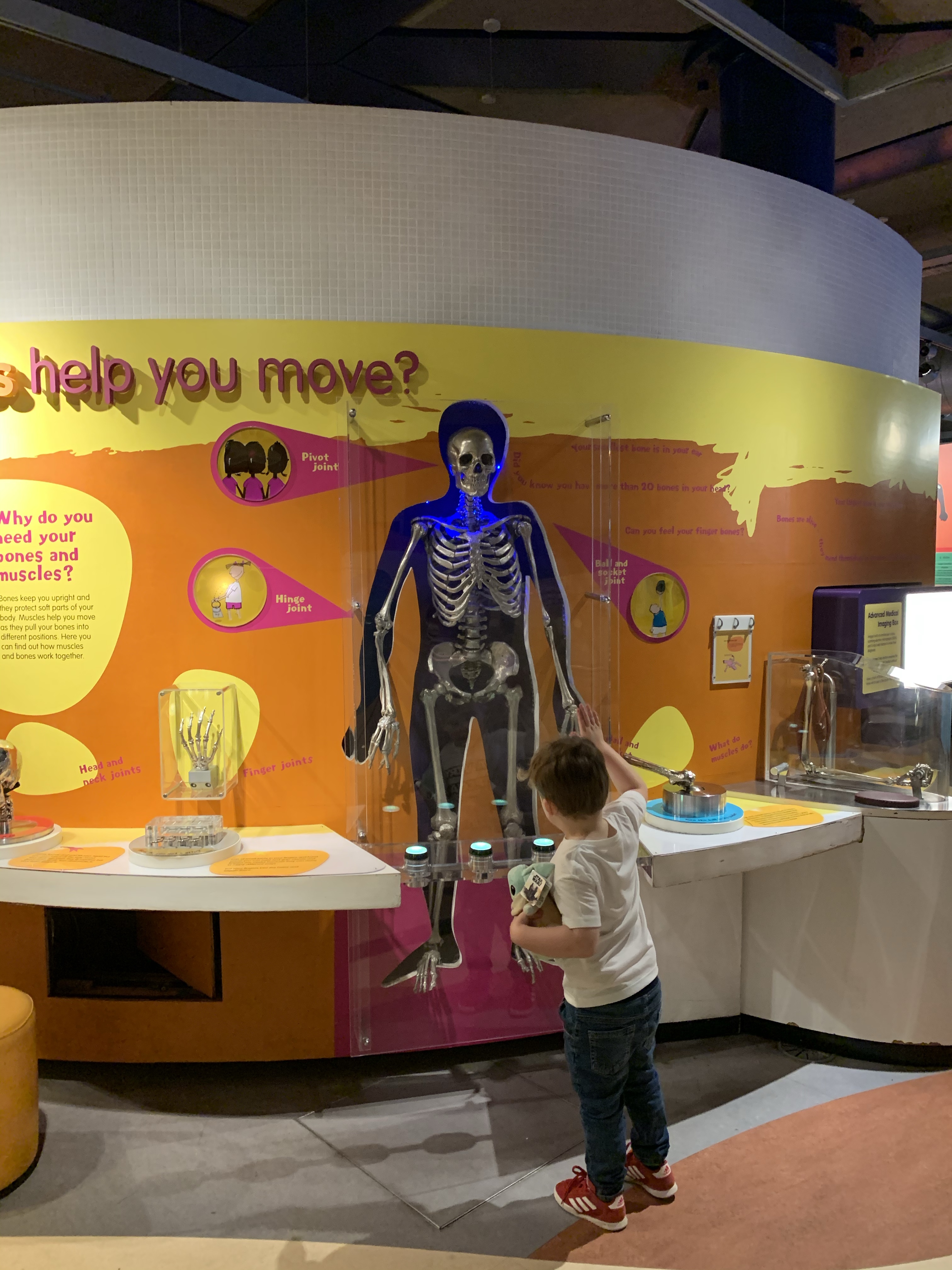 Nothing keeps Arlo occupied for longer than half an hour but Grogu oozing with cuteness seems to have captured his attention. He’s just the right size to be his new bestie and as I’m writing this he’s got him tucked in the crook of his elbow as he’s fallen asleep with him. 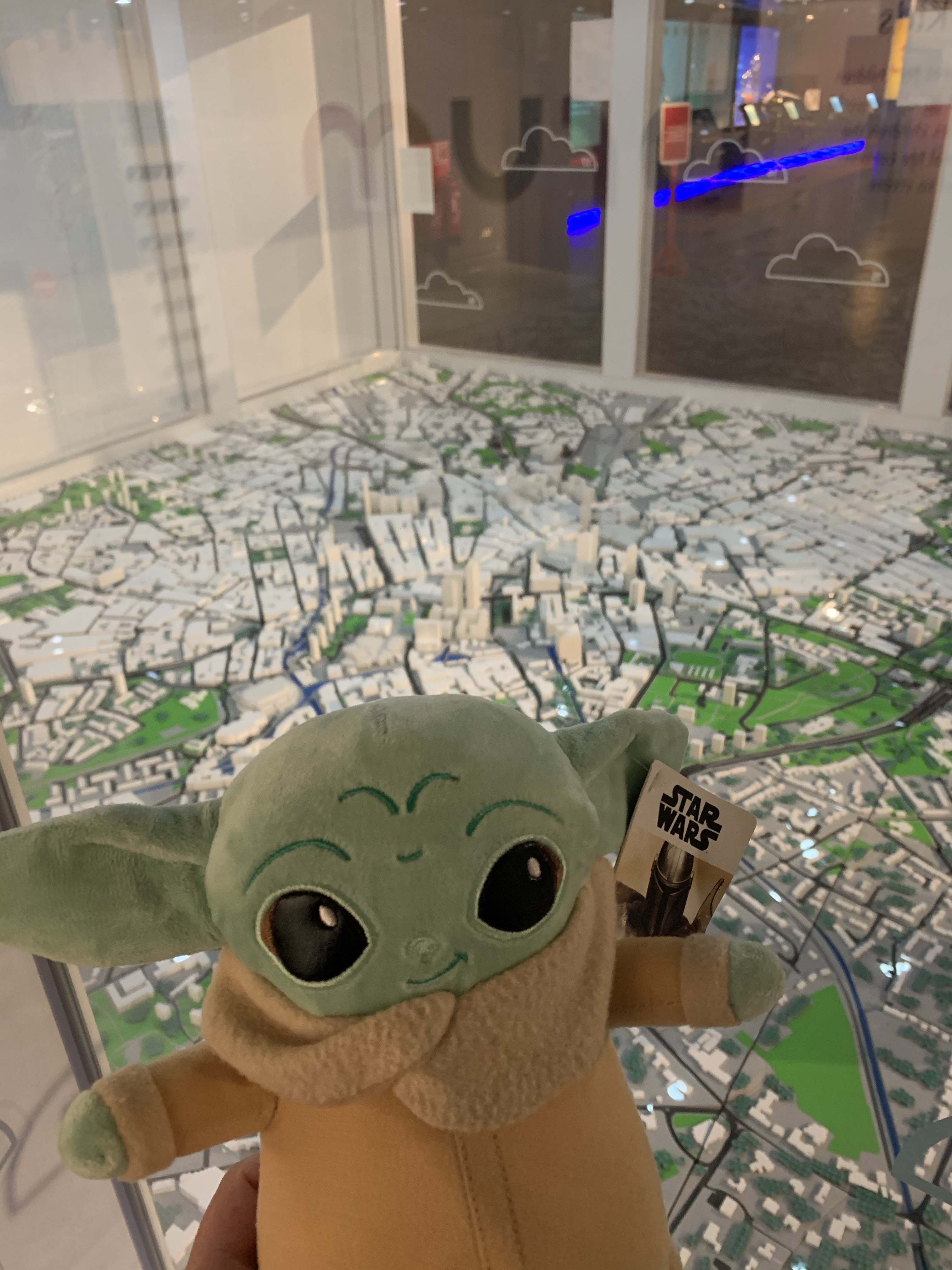 I think Grogu quite likes being a Brummie, and has been made to feel most welcome here!